In general, every person has the right to remain silent or to state that he or she is offering no comment when being questioned on any matter. It does not matter whether it is a situation where the person is being questioned by the police before or after an arrest has been made, by a judge in a court of law, or merely being questioned by a journalist or radio host in order to elicit general information. Whatever is the situation, the general principle of the right to remain silent always remains an inalienable right.

The same principle concerning the right to remain silent is also enshrined in the constitutions of Canada, India, Pakistan, South Africa and many other countries. Grenada has this provision to ensure the protection of law to the individual in section 8 (7) of the constitution. In situations where the right is not enshrined in constitutions, countries enact appropriate legislation to give this protection. This approach has been taken by England and Wales, Northern Ireland, Australia and others.

The right to remain silent therefore is a legal right which is recognized explicitly or by convention in many of the world’s democracies. It is a right to refuse to comment or provide an answer when questioned and it is a right which goes back for many centuries. This right developed following the excesses of the Court of Star Chamber which lasted from the 15th to the 17th century in England. During that period accused persons were forced to take what was referred to as the “Star Chamber Oath” which became known as “the cruel trilemma”.

Under that oath if persons lied in order to protect themselves they were regarded as having committed mortal sin or perjury; if they refused to answer questions they were considered to be in contempt of court and if they told the truth to honour their oath they were considered as betraying their “natural” duty of self-preservation. Persons were therefore caught between a rock and a hard place. It was a trilemma of tremendous proportions.

Although the right to remain silent emerged and developed principally in order to give reasonable protection against authoritative excesses involving criminal matters, the principle is also recognized where persons are being questioned by journalists or radio hosts. This is especially so as some of these professionals sometimes engage in what could be called “ambush journalism”.

Ambush journalism may be regarded as a situation where an interviewee may innocently participate in a specific TV or radio programme or a press conference, and the host would suddenly come up with a certain question or questions outside of the normal course of discussions in an attempt to “corner” the interviewee into an embarrassing situation. Whilst in principle some may not consider that there is anything completely wrong in the taking of this approach, however it must be rather unethical if the host actually tries to force the interviewee to answer the questions being asked after the interviewee has declared that he or she is offering no comment on the question or questions posed.

It was particularly displeasing to observe recently that a certain host in one particular interview came up with the same question on no less than three occasions in an attempt to badger the interviewee into answering a certain question even after the no comment declaration was made. Even after the radio show was over, the host continued to derail the interviewee for deciding to offer no comment on the question which was posed earlier.

Grenada alone has thirteen radio stations, six television studios, five newspaper publications and at least one internet outlet for news and commentaries. This fourth estate employs a considerable amount of personnel in Grenada and does have significant influence on Grenada’s way of life. It is most important therefore that media personnel strive to become more and more professional. If there are those who engage in what may be considered to be unethical practices in the profession, it is advisable that they desist from so doing.

NOW Grenada is not responsible for the opinions, statements or media content presented by contributors. In case of abuse, click here to report.
Tags: arrestconstitutionjournalismlawlawrence josephmediamirandapolicerightssilence
Next Post 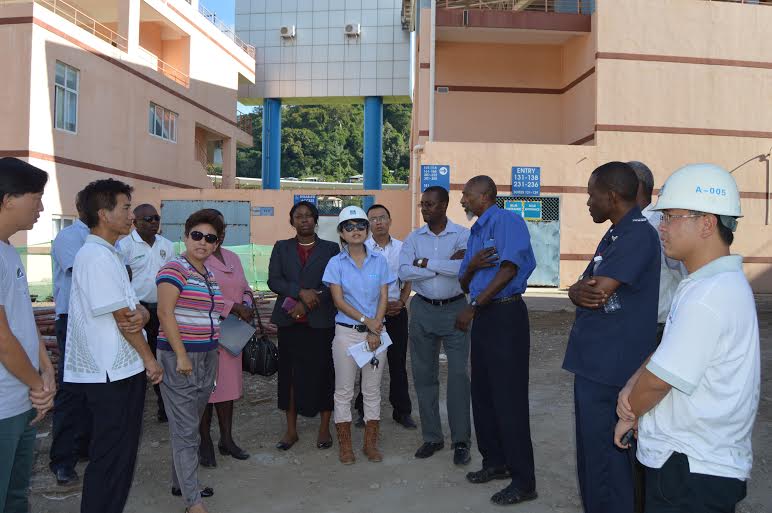