Silent Killer Kills Many in the Developing World

Silent Killer Kills Many in the Developing World

Quick question for you: What kills more people than Ebola, tuberculosis, malaria, and HIV/AIDS combined, every year around the world?

To help you answer this question, here are some data. In 2014, it is estimated that Ebola claimed the lives of about 8,000 persons, malaria 600,000 persons, HIV/AIDS 1.5 million persons, and tuberculosis about 900,000 individuals. Yet, as tragic as those numbers are, they pale when compared to the carnage caused by another very deadly but apparently silent killer that lurks in every corner of our planet: pollution.

According to data recently released by the Global Alliance on Health and Pollution, pollution alone killed over 8.9 million persons in 2012. You might wonder if this figure has gone down for 2013 and 2014. While the data hasn’t yet been released, given that our behaviors and the ways in which we treat our environment haven’t changed for the better, one would have to sadly conclude that similar numbers died due to pollution in both of these years or possibly even more. Thus, if we were to add up all those who have been killed by pollution in just the last 10 years, one would arrive at a truly staggering number of over 89 million persons!

That number simply defies comprehension. Unlikely infectious diseases such as Ebola or HIV/AIDS where we can readily see the effects these viruses have on the human body, pollution is not quite so readily seen or registered on our consciousness. And even when we do see this great enemy of ours, such as when we see polluted waters, or breathe in dirty air, or eat contaminated food, we somehow tend to limit pollution’s scope to cause harm to just getting sick or discomforted. So, yes, while many will agree that pollution isn’t good for one’s health, it being classified as a major cause of death seems to be a bit far-fetched for most to comprehend and accept.

And yet these numbers are real and can’t hide the following fact: pollution kills humans, and in very, very large numbers each year. What is even more troubling is that by far the greatest proportion of these deaths occurs in low- and middle-income countries. Of the 8.9 million persons who succumbed to the effects of pollution in 2012, almost 95% came from low — and middle-income countries, of which category Grenada and most of its Caribbean sister and brother islands fall into.

Before we go any further, the question some might be asking is: Exactly what is pollution? Defined from a human perspective, pollution is anything that contaminates one of the three main ingredients — air, water, and food — to human life and well-being. It thus shouldn’t be too difficult to comprehend how drinking dirty water, or breathing in noxious air, or eating food that has been polluted can and does do bad things to us humans.

Besides killing us, pollution can cause us humans many other miseries. For example, many diseases such as cancer, immune system disorders, and heart disease can be directly linked to the adverse effects of being exposed to pollution.

Particularly worrying is that our polluted environment has been found to have profound adverse health effects on developing babies and young children. Many pollutants such as mercury, for example, have been found by researchers to cause birth defects and developmental and neurological disabilities in the most vulnerable segment of our species, our children.

Here in Grenada, as much as we would have hoped to avoid the scourge of pollution, we unfortunately have not been spared. Take for example the potent neuro-toxicant pollutant mercury. In a study done by myself and several other researchers, we found that the level of mercury in pregnant women living in Grenada was the highest of the 10 Caribbean islands when we analyzed the blood of pregnant women for this toxicant.

The obvious question that arises is how and from where did our Grenadian women get mercury into their bodies and then ultimately into their developing babies? The most likely answer is from eating fish! Now, it is well documented that eating fish is a far better choice to make for sourcing our need for protein, and in the case of a developing fetus, getting essential Omega-3 fatty oils to the baby’s brain. How ironic — and tragic! — then that this very source of food can and does also expose us to this potent neurotoxin.

Now that we have unmasked this silent but very deadly killer that lurks in our midst, the obvious question arises is what do we do about it. Well, firstly, we should make an assessment of what we are personally doing to the environment of which we are privileged to live in and enjoy. If any of our current practices and behaviors are causing the air, water, or land to be damaged or contaminated, then we need to immediately ‘cease and desist.’

Secondly, we need to consciously prioritize in our minds — and then actions — the need to clean up and then keep clean of pollutants our environment.

Really, the fact that pollution kills millions each year is not an unavoidable, inevitable fate that humanity must except as being unchangeable. Indeed, how many persons pollution kills or makes sick this year will be determined by us! We as a society could decide that this level of carnage on our species is simply not acceptable and bring this number down to zero. Will we? At the end of 2015, the cold, hard numbers will tell the tale of whether we took this ‘silent’ killer seriously or ignore him yet again.

NOW Grenada is not responsible for the opinions, statements or media content presented by contributors. In case of abuse, click here to report.
Tags: developingdiseaseEbolahealthinjurykillerkillsmartin fordenutritionpollutionsilentworld
Next Post 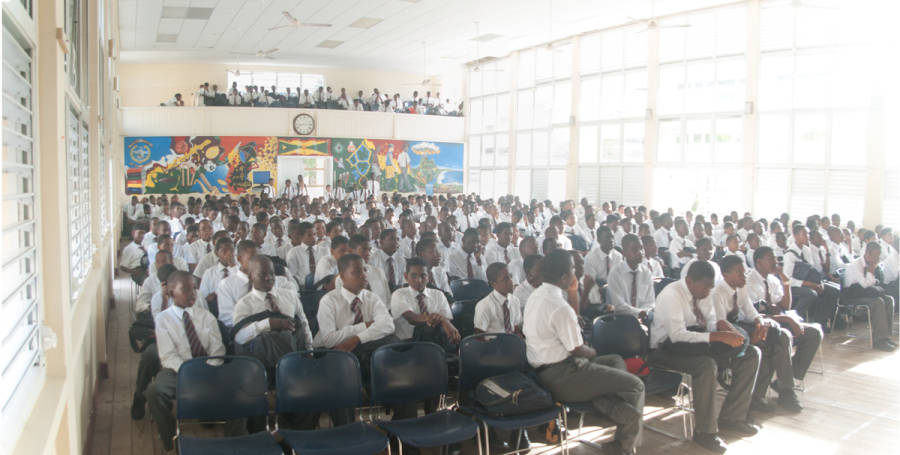