This story was posted 6 years ago
in Arts/Culture/Entertainment
1 min. read 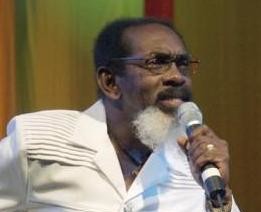 A new annual lecture series in Grenada will begin on 10 March 2015, named after a recently deceased lawyer who served the University of the West Indies in various capacities for more than 40 years.

The inaugural “Carol Bristol Distinguished Lecture” series will be held at the Grenada Trade Center Annex and will be open to the general public. The first presenter will be well-known UWI lecturer at the St Augustine Campus in Trinidad, Hollis Liverpool, who is known in the calypso world as Chalkdust.

According to Dr Nicole Phillip-Dowe, Head of the University of the West Indies Open Campus Grenada, the intention of the lecture series to discuss various topics of social developments, and the first lecture will focus on culture.

“Our lecturer will speak on the topic “Calypso, its contribution to culture, national identity and development.” Calypso is an important cultural activity, not just in Grenada, but in the Caribbean, and he will speak about it from calypso broadly,” she said.

Phillip-Dowe said that up to the time of his passing in late 2014, Mr Bristol continued to serve the Territorial Advisory Council in Grenada. “He served the Council for a little more than 20 and 15 of those was as chairman. Plus he was a tutor dating all the way back to the 1960s. His contribution to UWI is very significant and we find it very fitting to name the lecture series after him,” she said.

The lecture series will be held annually during the month of March.