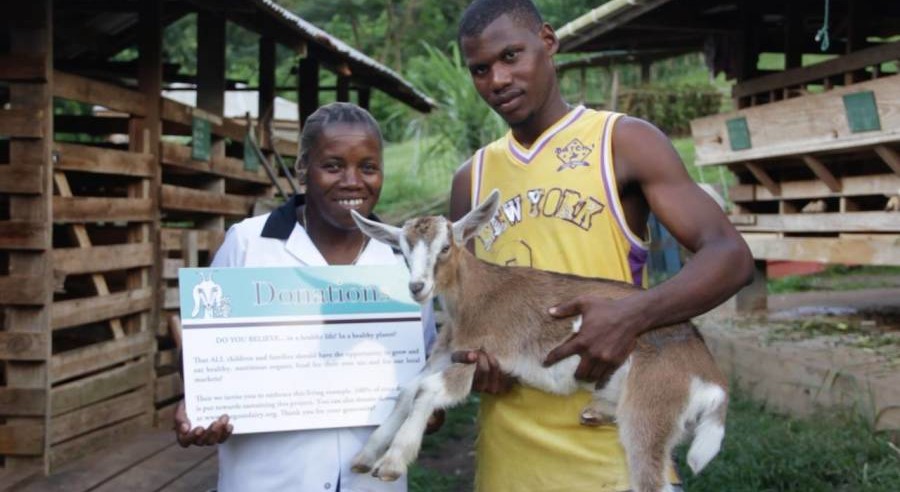 Grenada and the Goats: Documentary Film

Grenada and the Goats: Documentary Film

The not-for-profit Grenada Goat Dairy, based at Belmont Estate, is going to be the focus for a documentary film being produced in Grenada in 2015.

The film will invite us to consider the global issues of food security and the impact of the industrialized food system on small islands, like Grenada, who now rely heavily on imported products.

Told intimately through the experiences and stories of the dairy’s small team based at Belmont Estate, a farmers network across the island and pupils at St Patrick’s Anglican School we will find out how The Goat Dairy is attempting to buck the trend for imports with its green, holistic approach, and see if Grenada could lead the way as a model for food security in the region and beyond.

Drawing on the warmth and beauty of the islands natural landscapes and people the film will be a love story to Grenada, as it takes on the industrialized world, one goat at a time.

Aidan Nicol, who will be returning to Grenada to make the film, said “As an islander myself, I’m drawn to the stories of people living in close communities and have grown to love Grenada as one of those rare places that feels like a home from home. Food security and accountability is one of the biggest issues for the 21st century — the goat dairy is actually making its mark to change that, and I hope this film might inspire others to think about where their food comes from.”

Amanda and the Brainstorm team said they are delighted to be crewing and co-producing the production, and keeping it local. The film team will be working very closely alongside The Grenada Goat Dairy and have already gratefully received support from The Rainbow Inn, Grand Bras, during pre-production.

The Goat Dairy’s Christine Curry has said they are “delighted to have a like-minded film maker on board capturing our story. Having The Goat Dairy featured in a documentary will highlight our progress and raise awareness that will help us continue our efforts in Grenada and the region.”

The film, intended for local and regional broadcast, as well as the international film festival circuit, will be going into production later this year.

Production runner positions will also be available during the filming, anyone interested in being involved should contact Aidan at [email protected] or speak to Christine at The Goat Dairy, based at Belmont Estate to find out more. Alternatively connect with us on social media (Twitter and Facebook)

NOW Grenada is not responsible for the opinions, statements or media content presented by contributors. In case of abuse, click here to report.
Tags: agricultureaidan nicolbelmontbrainstormfarmfilmgoatgoat dairygrenadaScottish
Next Post