An International Monetary Fund (IMF) team led by Aliona Cebotari visited Grenada from 18–26 February 2015, to conduct discussions on the second review of Grenada’s IMF-supported program under the Extended Credit Facility (ECF). The program was approved on June 26 2014 and the first review completed on December 12 2014. Total resources of SDR 4.04 million (about US$5.9 million) have been made available to Grenada under the arrangement.

Representatives from the World Bank, Caribbean Development Bank, and Eastern Caribbean Central Bank accompanied the mission. At the conclusion of the visit, Ms Cebotari made the following statement:

“The IMF is encouraged by the progress made to stabilize the Grenadian economy and return Grenada’s public finances to a sustainable path.

“The Grenadian economy is recovering at a stronger pace than anticipated, with growth in 2014-15 expected to average above 2 percent, compared to earlier estimates of 1.1 percent. While strong external demand for tourism services has continued to fuel the recovery, growth in other sectors, especially agriculture, is gradually strengthening. The outlook for 2015 has also improved, with the decline in world energy prices and a robust recovery in the United States. We now expect growth of 1.8 percent, compared to 1.1 percent at the first review. While these trends are encouraging, significant challenges remain, as elevated unemployment, contracting credit, and large debt continue to weigh down the prospects for a faster and sustained recovery.

“The fiscal performance in 2014 has also been stronger than anticipated. The government reduced its primary deficit from 4 percent of GDP in 2013 to 1 percent in 2014, outperforming the program targets. Tax revenues recovered to pre-crisis levels, reflecting the adjustment measures and stronger tax collection efforts, and expenditures were kept under strict control. The government has continued to repay its debt to domestic suppliers, reducing the stock of arrears by about 20 percent during 2014 and staying on track to fully repay them by the end of this year.

“To secure fiscal sustainability, this adjustment effort will need to be complemented by the completion of the debt restructuring currently under way. In addition, ambitious reforms to strengthen the fiscal policy framework are ongoing and continued progress is expected in the coming months. These include the introduction of the planned fiscal responsibility and public debt management legislation, the reform of the tax incentive regime, the enhancement of the strategy to strengthen statutory bodies and state-owned enterprises, and the approval of regulations for the sustainable management of the resources in the National Transformation Fund. The government has also initiated institutional reforms of its Inland Revenue Division to strengthen its capacity and effectiveness and to facilitate tax compliance by the largest taxpayers.

“The mission also made progress toward agreement on key policy issues going forward. Discussions will continue in the coming days via videoconference from Washington, D.C., with the aim of securing a timely completion of the second review.

The mission met with the Prime Minister and Minister of Finance and Energy, Dr The Rt Hon. Keith C. Mitchell; the Minister of Communication, Works, Physical Development, Public Utilities and ICT, Hon. Gregory Bowen; the Minister of Economic Development, Trade, Planning, Cooperatives and International Business, Hon. Oliver Joseph; the Permanent Secretary of the Ministry of Finance, Timothy Antoine; the Deputy Permanent Secretary of the Ministry of Finance, Mike Sylvester; the Executive Director of the Grenada Authority for the Regulation of Financial Institutions (GARFIN), Angus Smith; other senior officials, representatives of the private sector and civil society, and the Monitoring Committee for the Home-grown Program.

“The mission would like to thank the authorities and technical staff for their cooperation and hospitality, and reaffirm the IMF’s support for the government’s efforts to implement Grenada’s program. We encourage Grenada to press on with this collective effort and these vital reforms.”

NOW Grenada is not responsible for the opinions, statements or media content presented by contributors. In case of abuse, click here to report.
Tags: creditdebtdeficitecfeconomyfinancegdpimfstatementvisit
Next Post 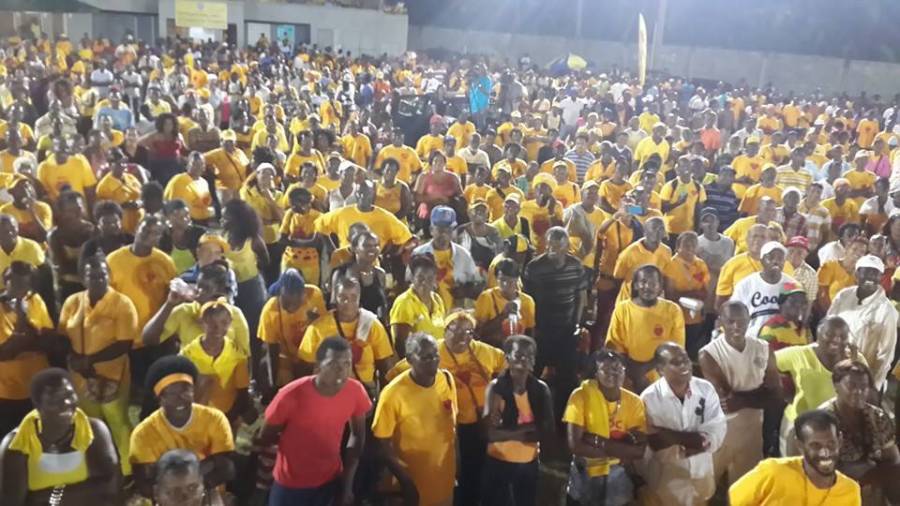