Time for a Museum of Resistance

Time for a Museum of Resistance

Often times, it is this trait of resistance which leads to conflict. From the earliest known settlers, the Kalinagos, who resisted ‎the French and that war criminal Du parquet and his men, Grenadians have always stood steadfastly against oppression, colonialism and wrongdoings.

Grenada and Grenadians played a leading role in the resistance to slavery and colonialism in the Caribbean.‎ These resistance fighters include Henri Christophe who declared himself Henri 1, King of Haiti. He was born in 1767 in Grenada; Christophe’s role in the Haitian independence struggle is well documented. He is Grenadian true and true.

Then, there is Julien Fedon who led the most successful revolt in the English-speaking Caribbean territories in 1795; the seed of resistance planted by the Kalinago people sprouted. In the 1930s a Grenadian immigrant in Trinidad, Uriah Buzz Butler, stood up for the working people of Trinidad in the oil fields and elsewhere. Butler became a legend of the Trade Union Movement in Trinidad & Tobago and throughout the Caribbean region. ‎

In 1951 in Grenada, a young man from ‘the country’ called Eric Matthew Gairy, who had spent some time in Aruba, made a name for himself representing the workers on the estates, by effectively leading a revolution of the working class on the island. Gairy will later lead the island into independence in 1974 and became Grenada’s first Prime Minister.

On 13 March 1979 — 36 years ago — the New Jewel Movement, led by Maurice Bishop, resisted Gairy’s leadership and overthrew his government, highlighting one of the most significant acts of resistance in our history.

Outside of Grenada, during the same period of the start of the Gairy working class revolution, Malcolm Little (better known as Malcolm X) — the son of ‎Louise Norton a Grenadian immigrant in the US — was advocating for human rights and resisting the “Jim Crow” laws and racism  in the United States.

Now, as we commemorate another anniversary of the 1979 Grenada revolution, it is my respectful view that it is utterly disgraceful as a people, that we do not have a museum as a showcase for our people’s resistance throughout history.

There is no place where the post–1983 generation — and future generations — can go and learn about the deeds or misdeeds of their forefathers. With the exception of what’s left of Fedon’s Camp, most of our historical landmarks – recent and centuries-old — are unmarked and desecrated.

We never took time off, as a people, to find out and to preserve the birthplaces of Christophe, Buzz Butler, Louise Norton and others. We never took the time off to preserve, and to put up for display, the elegant suits and other worthwhile memorabilia  of “Uncle’’ Gairy; the shirtjacks of Maurice Bishop; the armoured cars, antiaircraft, AK 47, the “Cubano trucks’’ and other relics of the 1979 revolution.

We have ignored and/or abandoned ‎our historical past. Well, some persons will want us to forget it altogether. This is not whether you agree or disagree with the actors and their actions of the past. The fact remains that what transpired in the past is irreversible. One can be angry as one can be; these facts of history cannot be changed.

It matters whether or not you like or dislike Chester Humphrey; but, the part he played in the 1979 uprising was not just courageous and selfless; it was heroic. Humphrey’s struggle to resist extradition to the US is legendary; and, as such, these are lessons that must be taught to this and future generations.

Some persons, who were involved in one way or the other in the revolution, have stated publicly that “they never held a gun or killed a chicken’’, while all of us know they are telling untruth. It clearly demonstrates that some will deny their history before even the first “cock’’ crows. They exalt cowardice, even though they would have benefitted from the struggles of others.

This proposed museum to showcase the resilience of our people can have several homes; whether it’s Fort Rupert (the British loyalists call it Fort George) or the former residence of Prime Minister Bishop.

Then, there is the concept of the “tour of resistance’’, where different significant landmarks of resistance and heroes of resistance, are preserved in such a way ‎for persons to visit and pay to see these sights. Therein lies, in my respectful view, the jewel in our tourism product. Not the beaches, waterfalls, spices and five-star hotels that are not unique ‎in many respects. That subject of tourism will be revisited some day. It is this consciousness, which I continue to speak of and write about, that will transform our economy.

The wealth of our people, in so many respects, is right before our eyes. It is boldness and assertiveness that is needed to grab hold of it and make it work for us. It is that consciousness that must be the center piece of Project Grenada.

It is time for the establishment of the “Museum of Resistance’’. Come on, Grenada!

NOW Grenada is not responsible for the opinions, statements or media content presented by contributors. In case of abuse, click here to report.
Tags: 13 marcharley gillgairygeorge brizanhaitihistoryisland of conflictkalinagomaurice bishopmuseumrevolution
Next Post 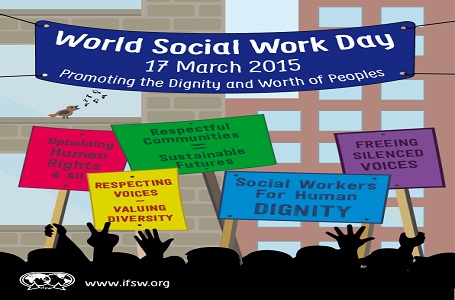