Labour and Business community representatives in the Grenada Senate, on Wednesday condemned sections of the new banking legislation — which provides for the Eastern Caribbean Central Bank to provide supervision with regard to the regional banking sector.

The bill, which has already received the approval of the Lower House, needs the approval from the Upper House before it can go through the final process of becoming a law. Among the concerns of Sen. Christopher DeAllie, is the structure with regard to decision-making, and is of the opinion that the directors of local banks can easily be superseded by decisions of the ECCB.

Sen. Ray Roberts expressed concern at lack of pre-discussion on the bill by those who will be directly affected when the bill goes into effect. “I have spoken to many workers in banks, and they have no idea what is in the bill. I am of the opinion that there should have been more consultation with those who will be affected,” said Roberts, who represents the Trade Union Movement in the House.

Roberts also questioned the impact that the new banking legislation will have on the credit unions. “All of these could be clear with consultation with the public,” said Roberts, who feels that governments in the region need to do more to educate the public. Leader of Government Business, Simon Stiell, said the comments will be shared with the relevant decision making of the Bill.

That concern about credit unions was also expressed by Sen. Nazim Burke, who felt that credit unions are already covered by GARFIN, and the bill provides for credit unions to be covered. “That needs to be explained, because we need to know which legislation they will fall under,” he said while explaining that he understands the importance of the bill with regard to protecting people’s money.

Current Chairman of the ECCB, Ralph Gonsalves, in an address to the region explained that the new banking legislation provides for: The issuance and revocation of licences by the Central Bank rather than the respective Ministers of Finance; Pre-emptive measures to deal with problem banks; Appropriate levels of capitalization for banks and credit institutions; and clear criteria for the persons who can be appointed as directors and managers of banks.

When an application or decision is made with regard to a license, Central Bank shall inform the various Ministers for Finance in the respective territories of the receipt of an application for a licence, and of any decision in relation to a licence.

The decision to provide the authority to ECCB is a decision made by the Council of Ministers of the ECCB, because of past experience in seeing the collapse and closing of banks, with the Eastern Caribbean Currency Union and the ECCB having to bail out these institutions in the interest of account-holders.

NOW Grenada is not responsible for the opinions, statements or media content presented by contributors. In case of abuse, click here to report.
Tags: bankbusinesschristopher de allieconcerneccbecculegislationlinda strakernazim burkeparliamentralph gonsalvesRay Robertsregulation
Next Post 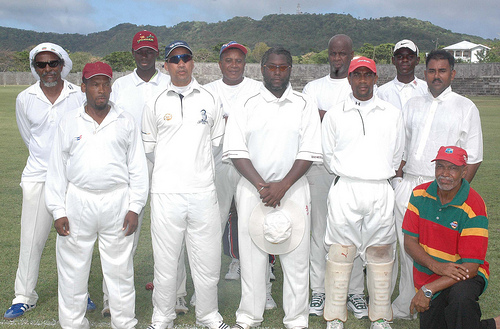