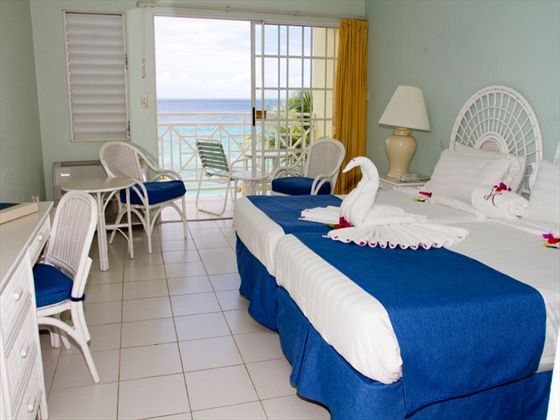 Hotels Booked Out for Cricket

Hotels Booked Out for Cricket

This story was posted 7 years ago
in Travel/Tourism
1 min. read

Local hotels and guest houses are reported to be fully booked and anxiously awaiting the thousands of international and regional fans that will begin pouring into Grenada in the next few days.

Sports Minister, Hon. Emmalin Pierre, on Tuesday said the Grenada Tourism Authority (GTA) has reported a favourable increase in room bookings since Grenada was announced as the game’s venue.

“Months before, we have had confirmation from our hotels that they were already booked out for the hosting of the test matches here… the situation remains the same,” the Minister said at Tuesday’s Post Cabinet Briefing. She said the GTA has confirmed that not only hotels are fully booked, but many small guest houses are filled.

According to the Minister, a number of families will also be hosting persons coming for the games, “inclusive of home owners under the Home Stay Programme.”

Minister Pierre said, with the matches just a few days away, more than two thousand visitors are expected to witness the games first-hand. “We anticipate thousands of visitors here. In terms of room stock — over two thousand — and hundreds are coming and living at other private residences.

England will play its first ever Test Match at Grenada’s National Cricket Stadium, against the West Indies, from 21 to 25 April 2015.

NOW Grenada is not responsible for the opinions, statements or media content presented by contributors. In case of abuse, click here to report.
Tags: bookedcricketemmalin pierreenglandgisgtahotelsporttourismtournamenttravelwest indies
Next Post