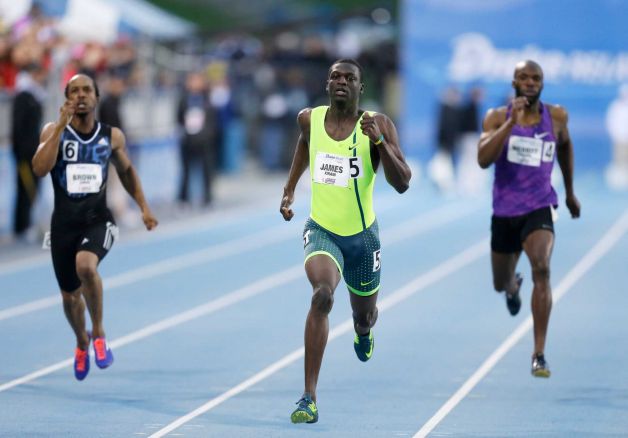 Minister of Youth, Sport and Religious Affairs, the Hon. Emmalin Pierre, has stated her “absolute joy” at the record-breaking run of Grenada’s Kirani James at the 2015 Drake Relays on Friday night.

Kirani’s 44.21 sec at the Drake Relays saw him facing off against a field including his chief rival over the 400 m, LaShawn Merritt. James has also established the new Drake Relays meet record in the 400 m, overshadowing the original record held by Michael Johnson of 44.41 sec.

Minister Pierre commends Kirani James for his continued focus on improving year after year, and the pride with which he not only continues to represent Grenada, but which Grenadians continue to feel each time he steps onto the track. Minister Pierre also stated that Government will continue to assist in whatever ways possible to ensure that not only Kirani, but all of Grenada’s athletes can achieve their full potential.

MP for the constituency of St John, Hon. Alvin Dabreo, was also high in praise of the continued achievements of James, and spoke of the joy of the people of St Johns to see their local hero continue to make them proud; not only with his athletic ability, but by the way he continues to conduct himself with dignity as a true ambassador of St John, Grenada and the entire Caribbean.

Both Ministers speaking at the National Stadium on Saturday during the West Indies vs. England Test Match that saw Grenadian Devon Smith become the first Grenadian to play in a Test at home, reiterated the call for all Grenadians to lend their full encouragement to all of our athletes, on any stage in which they perform.

NOW Grenada is not responsible for the opinions, statements or media content presented by contributors. In case of abuse, click here to report.
Tags: alvin dabreodrake relaysemmalin pierrejameskiranikirani james
Next Post