The Controllers of the Nation’s business held their convention and a follow-up public meeting two weeks ago — and the NDC opposition party, with no seat in the Lower House, also held a rally on the day before.

Nothing of any special significance was later reported as coming from the respective meetings or gatherings — so it seems that the people’s business remains on hold, and the waiting game continues as the suspense build up.

The party in control still has nearly three years of its term in office to run — and the opposition remains in limbo as it were, and simply waiting for things to change or happen that may benefit their members later on.

It is expected that where there is not enough to supply all those in dire need — that those in control will favour their known supporters and party-members, before moving to the others in need of whatever is sharing.

And that will be the attitude of any of the parties in control — hence the dire need to ensure that the elderly and the disabled are given some special treatment.

All the promises and boastings — that so many foreign investors were just waiting, for those now in control to win at the election polls two years ago, and they would have been on the islands providing thousands of jobs — these have not been realized, and do not look like happening anytime soon.

But there is nothing the voters can do at this stage to change that state of affairs — and the needy and strugglers just have to wait and hope, that change would evolve in due course to bring some relief to the needy.

On the other side of that waiting game as it were — that overwhelming majority of voters who gave the Controllers a full house of MPs with no one in opposition — they are surely entitled to so much better treatment and consideration than they are getting thus far, and that should be urgently addressed.

A whole lot of that group of voters, who fell for the party leader’s grand promises and returned all his candidates as winners — they are having a very hard time in making economic ends meet, and the waiting game is becoming intolerable.

Those in the countryside especially — where the estate lands are lying fallow, and the foreign investors were expected to come calling — and start up Agricultural Investments soon after the election results were known — they are particularly concerned and very disappointed, that after two years the waiting game seems to be ongoing indefinitely.

So many are asking questions — about how and when they can expect to see some changes that will bring the needy relief they have been waiting on, for the past two years since they fell for the promises.

Those in need are not asking for handouts, but some form of employment — that will enable them to care for their families and pay their bills, as these are going way out.

And the complaints are all over — but for whatever the reasoning, the Controllers are not responding, and the situation remains in limbo as the weeks and months go by.

How much the proposed referendum — that was due to take place in February, and a high-powered committee was appointed to put things in motion to see it through — and its very low-key existence thus far, have to do with the general shut-down of the many plans and proposals disclosed by the controllers, no one knows, but they are languishing in the committee room.

The bits and pieces of news that were coming out of the controllers meetings — and their activities in connection with the sale of Passports to the Chinese Nationals, as well as the visit of the Prime Minister to mainland China — all seemed to support the rumours that the objective of the Referendum was to obtain a two-thirds majority vote, to enable the Government to enter into a Constitutional Alliance with Mainland China — and break away from our Commonwealth ties with the United Kingdom and its colonies.

The appointed Committee — headed by Dr Francis Alexis and comprising various groups members — had submitted their report to Government but lately the NDC Leader resigned from the committee.

Where we going from here onwards, no one in control is saying thus far — so the waiting game in continuing.

The Referendum itself seems to be on the back-burners in terms of priority — and the Chinese investors are on hold so far, but no one is saying anything on the matter.

How long this waiting game can go on — without some dramatic incident occurring — is anybody’s guess on the outside.

But those on the inside — who know the facts, but are keeping those to themselves — they surely have some responsibility to be more informative to the people.

After all is said and done, it will be the general public who will have to pick up the pieces on the outside — and how they will be  able to cope, goodness knows.

But there can be no denying that the suspense is becoming intolerable.

NOW Grenada is not responsible for the opinions, statements or media content presented by contributors. In case of abuse, click here to report.
Tags: chinaconstitutiongovernmentlloyd noelndcnnppassportsuspense
Next Post 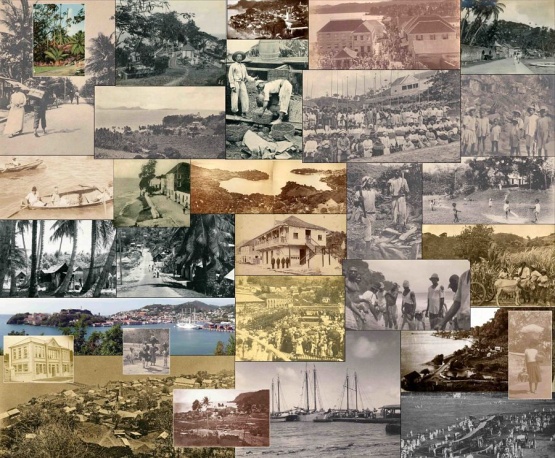 A Snapshot of Our Past Historical Photographs