Valuable Lessons for Organizers and RGPF

Valuable Lessons for Organizers and RGPF

Football in Grenada has been looking for that something that will revive the fortunes of our national senior men’s team. The Grenada Football Association believes the missing link has been absence of a reputable international coach, and now has found their man in Jorge Añón of Uruguay. He’s the newly appointed head coach of our men’s soccer team.

Caribupdate Weekly would like to welcome coach Añón to Grenada and to wish him every success in his assignment. We all would like to see Grenada competing — and even winning — at regional and international competitions. But, we fully appreciate that achieving such success would take time. As the coach himself puts it, player development is critical to future success.

Players, too, have an individual responsibility to constantly improve on their skill level. A coach’s job, at a country’s national level, is not to teach players the art and skill of dribbling, passing and shooting. Players, by the time they are selected to represent Grenada, should have mastered those fundamentals of the game. The coach applies systems and strategies to the strength and skills to create a winning team.

The same personal and individual work ethic is required for sportsmen and sportswomen in every discipline, whether netball, basketball, volleyball, tennis, track and field or cricket.

And, on the issue of cricket, we are pleased that so many Grenadians decided to show witness the West Indies/England Test at the National Stadium. Almost everyone was hoping for a big score from Devon Smith, who created history by becoming the first Grenadian to play a West Indies Test on his home soil in Grenada. He was given out at 11 when he attempted a cover drive, after the ball went through and was taken by the wicketkeeper. Replays show that Smith did not knick the ball and should not have been given out. Certainly, unfortunate; but, such hard luck decisions of officials are par for the course in sports. Let’s hope that Smith will pile up a mammoth second innings’ score; enough, at least, to cement his place on the Windies team and provide an excuse for nationwide partying.

The hosting of the Windies/England game, and the influx of fans, also should provide valuable lessons for local organizers and members of the Royal Grenada Police Force (RGPF). We ought to be always improving on how we manage major events, whether they are local, regional or international. Lessons taken from this cricket match, for example, should serve in good stead for Grenada’s hosting of the Carifta Games in 2016.

Traffic and parking are a headache on every normal, working day. They can become a tumour when there are important sporting events at any of our venues. Many people, for example, complained about traffic congestion in the River Road area on the opening day of the Test on Tuesday. The RGPF, therefore, must look at how the flow of traffic could be improved in River Road when the stadium is host to major events. Some standardized template could be designed by the RGPF, so that there’ll be a consistency in the traffic arrangements around the stadium when these events are being held; it would mean that over time, motorist and pedestrians would get used to the arrangements. The template will list the designated parking areas in and around the stadium and River Road. It’s rather frustrating for motorists and pedestrians to be told to move this way or that way, only after arriving at the scene, with no prior notice that some areas were off limit.

Caribupdate Weekly also would like to commend the Ministry of Culture and the various private sector entities that collaborated in providing after-cricket activities during the hosting of the Test. But, here too, there are shortcomings that could be corrected. Among them is the need to formulate, announce and promote the events way in advance. The activities, which organizers say were also for the enjoyment of locally based Grenadians, were announced in detail less than week before the arrival of the English cricketers and their legions of fans. Too many people living here, and too many visitors — including Grenadians who returned home on vacation — were unaware of the activities.

However, all in all, we commend cricket and government officials for making sure the National Stadium was in top shape for the Cricket Test. And, we applaud those who made an effort to add a touch of Spice culture and entertainment to the visitor experience.

NOW Grenada is not responsible for the opinions, statements or media content presented by contributors. In case of abuse, click here to report.
Tags: caribupdatecricketfootballjorge anonpolicergpfsoccerstadiumtrafficuraguay
Next Post 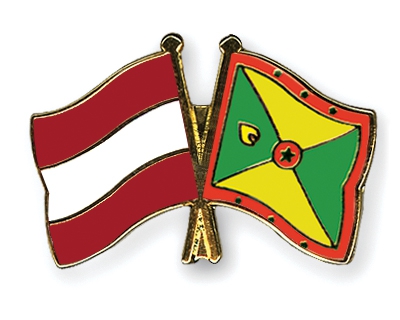