Act One, Scene One: Joint Leadership in the Bar Association?

Act One, Scene One: Joint Leadership in the Bar Association?

Well-renowned film director and producer, Steve Mc Queen, of Grenadian descent would have had a field day in Grenada on 21 May last. After all, amongst his many other awards, he won the Academy Award for Best Picture in 2013 for the movie “12 Years a Slave”. The scene in Grenada was the Number 1 High Court on the afternoon of the 21 May 2015 where the Grenada Bar Association was having its Annual General Meeting (AGM). It was “Lights! Cameras! Action!” and the alligator-like jaws of the black and white striped clapper board clapped. “Take one!”

Members of the Bar came trickling into the room from 4 pm and eventually there were well over thirty members present. The time for the elections of officers came and there were two nominations for the post of President: incumbent President Ruggles Ferguson and former President, James Bristol. The voting ensued and lo and behold, each candidate received 18 votes: a consequence of “ambush electioneering”. It was a tie. A dilemma therefore raised its ugly head for which no one had an answer. One strange thing about the fiasco was the fact that at an AGM of lawyers when elections are scheduled to take place, there was not even a copy of the bye-laws available in the room to give guidance as to what should be done in such a situation! This gives credence to the sayings that shoemakers often do not wear good shoes and that often lawyers die without making their own wills.

The meeting was totally unprepared for this dilemma. The returning officer was in a quandary. She was like a rabbit amongst a pack of groveling wolves and was totally flabbergasted. She was no lawyer but just a public officer from the registry who substituted for the Registrar. She really had my sympathies. A returning officer in any elections has a most important role to play. That person is responsible for declaring all positions vacant before inviting nominations; for receiving nominations for the various offices; for verifying and counting the votes where there is more than one nomination; and for declaring the winners of the various positions. A returning officer is like a Supervisor of Elections in the conduct of the national polls and has tremendous authority. The then returning officer was stuck at the stage of counting the votes and was unable to declare a winner.

The dilemma was tossed about by members for a considerable period of time and a female member came up with what she thought was a brilliant idea: “Let’s have joint leadership!” No one moved or said a word. I could hear the phantom director saying “Cut! You have to say that with more gusto!” And the clapper board clapped. “Take two!” The lady reiterated: “Yes let’s have joint leadership. Let us show the politicians how to make it work.” It was then that I realized that the lady was serious. She may not be a politician but she seemingly has knowledge of political maneuverings.

But how could she have been serious when from my recollection the bye-laws did not provide for that anomaly? The bye-laws catered for a President and a Vice President; and not joint presidents. Moreover, besides being unconstitutional, it was not practical. Suppose, and just suppose that one of the joint presidents is overly meticulous and the other is a loose cannon? Suppose, and just suppose that one is a strong supporter of the Caribbean Court of Justice and the other is not?  In the circumstances it would be reasonable to conclude that the seeds of chaos would have been sown if these contrasting characteristics existed in joint leaders of the Bar. Who would take responsibility for making pronouncements on behalf of the Bar?

I reminisced on the past decision of the Central Committee sometime after the Coup d’etat in Grenada on 13 March 1979. The Committee took the decision to have joint leadership between Prime Minister Maurice Bishop and 1 Bernard Coard. Many on the outside believed that the reason for this decision was that Bishop was the popular leader, who was full of charm, charisma and dynamic oratory. He was “the people’s man”. There was the general belief that Coard was brusque but he possessed the necessary organizational skills to ground what they considered to be “the revolution”. The thought was that with the combination of these two personalities the revolutionary movement would be further consolidated. This was not to be as the joint leadership proposal turned out to be the root cause of the demise of the People’s Revolutionary Government in October 1983. Seemingly Bishop reneged from an earlier decision to go along with the joint leadership decision and all hell broke loose.

Luckily good sense prevailed at the Bar meeting. The joint leadership proposal was certainly a recipe for disaster. No one else except the initiator of the proposal felt a need to be quixotic. The decision was ultimately taken to adjourn the meeting until another day. The phantom director then instructed: “Cut! Prepare for Act One Scene Two: ‘The Bar Triumphs’!”

NOW Grenada is not responsible for the opinions, statements or media content presented by contributors. In case of abuse, click here to report.
Tags: agmbar associationcourtelectionlawrence josephleadershippoliticsSteve Mc Queen
Next Post 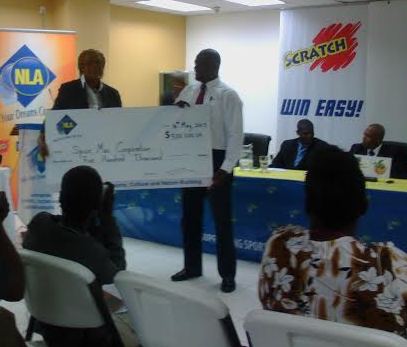