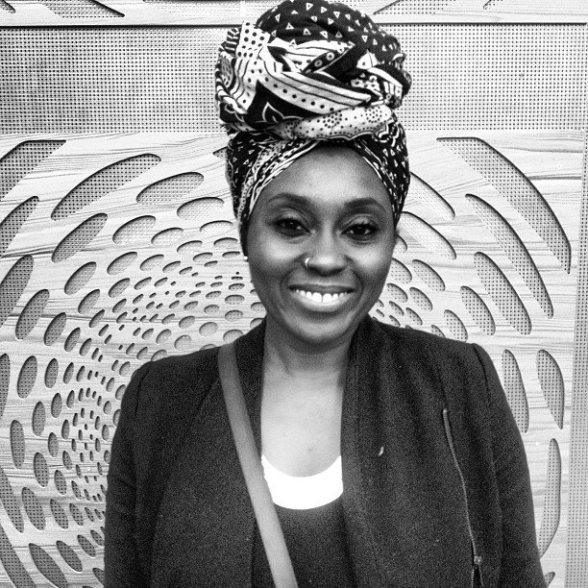 More Jobs But at What Cost?

More Jobs But at What Cost?

This story was posted 7 years ago
in OPINION/COMMENTARY
9 min. read

In the April 17th issue of NOW Grenada Mr Lincoln Depradine wrote an article titled, “More Jobs in Canada for Grenadians” yet the article failed to address any concrete issues or strategies on what that actually means. Instead, it read as a running tally of Mr Theodore Blaize’s many accolades. It is great that Mr Blaize has accomplished so much while living in Canada but I think it is important to actually address what should have been the focus of the article — an interrogation into how current migration policies create precarious work environments for Grenadian people seeking work in Canada.

Mr Blaize is suggesting that elected Grenadian officials work with the Canadian government to increase the number of seasonal farm workers and personal support worker positions available to Grenadians. That approach is therefore calling for more workers to be classified under the Seasonal Agricultural Worker Program (SAWP) and the Live-in Caregiver Program, both of which fall under the Temporary Foreign Worker Program (TFWP). TFWP is a government classification that the Canadian Union of Public Employees (CUPE), amongst other labour unions, and numerous community organizations have insisted needs to be reformed, whereas some have argued for complete dismantlement. The uproar about TFWP is because it promotes ongoing racist and discriminatory practices that target migrant workers. The TFWP specifically targets the recruitment of racialized people from the Global South, particularly Mexico, the Philippines and the Caribbean and once having arrived, these workers are denied many basic rights, pathways to permanent residency and citizenship regardless of the number of tireless years spent working in Canada.

It is important that I acknowledge the very real and distressful economic positions that many Grenadians are faced with, at home and abroad. Some may argue, “a job is a job” but that can’t be further from the truth; not when power and subjugation are involved. If a job was indeed just a job, many Canadians would be flocking to become seasonal agricultural workers, personal support workers and live-in caregivers but they’re not. They’re not flocking to these positions because workers in these positions experience alarming and disproportionate incidences of workplace violence, harassment, discrimination and intimidation. The systems of redress that would otherwise be afforded to a non-migrant worker are usually denied or granted in a piecemeal fashion, rendering any action taken virtually ineffective as a result.

It would also be remiss of me to not recognize the multiple violent and inequitable processes and systems that force people to desperately cross imperial borders, which are imaginary and imposed. It is because of these imaginary borders that some bodies are marked as “legal” and others as “illegal”. As a result of state-imposed wars, civil unrest, gender-based violence, homophobia and transphobia, dire poverty, environmental degradation and a lack of economic justice, many are pushed out of their home countries and forced to risk their lives, seeking better alternatives.

“It’s disgraceful that so many migrant workers are only welcomed into Canada as long as they are able to fulfill the precarious, often dangerous work Canadian employers assign them. Once a migrant worker is injured, our system discards them.”

According to 2013 data provided by the World Bank, Grenada owed $585,619,000 USD dollars in external debt. As of July 2013, Grenada’s debt had reached 100% of its national income. Current and past government have tried to address the magnitude of debt faced by the country and so the current economic state of Grenada is not so much due to mismanagement and lack of financial literacy but is also due to ongoing financial policies,free-trade agreements and political decisions that stagnate the possibilities of any real economic transformation. The current economic policies ensure Grenada’s dependence on other nations, slashes public services and supports the migration of citizens seeking better options elsewhere.

Blaize’s call for support is happening at a time when the Canadian state is increasing its efforts to not only reduce the number of migrant workers entering, but to also ensure that they remain in precarious economic positions. This move significantly impacts migrant workers’ ability to build whole, self-reliant lives in Canada and to support their families and communities abroad. The Canadian government recently introduced the “4 and 4” rule where all migrant workers in Canada in low-waged jobs and on Temporary Foreign Worker or Live-In Caregiver permits will be barred from working in the country for more than four years. This arbitrary and discriminatory policy will leave many migrant workers undocumented if they choose to stay, which ultimately affects them being able to reunite with their families abroad. This is in spite of many migrant workers having accessed the program and having worked in Canada on a long-term basis. These very workers who continue to help build Canada will now experience what is a mass deportation.

The main premise of the Temporary Foreign Workers Program is to use cheap, indentured and predominantly racialized labour to address shortfalls in the Canadian labour market. It is not based on principles of equality and fairness; in fact it reinforces global economic disparities that keep poor countries poor and wealthy countries wealthy. Further, these workers are usually at risk for experiencing injuries and other safety issues on the job. The safety and healthcare systems that are in place for many other non-migrant workers or immigrant workers in other sectors, is not afforded to temporary migrant workers in the same way.

Samantha Ponting: “Workers are sent back to their home countries with injuries that in many cases, leave the worker in a more precarious economic situation than when they arrived to Canada. Meanwhile, employers are held largely unaccountable for these injustices.”

The Canadian government claims that all workers under these programs will be treated fairly and with the same workplace safety standards afforded to Canadian workers but in actuality this is not the case. Migrant workers are treated differently and are of ten not afforded due processes when violations and workplace safety issues are flagged. The Workers Safety and Insurance Board (WSIB) which provides compensation and support to workers injured on the job, is an employer-driven program which has seen millions of dollars in cuts and ineffective servicing to workers. Further, the Ontario Health Insurance Plan (OHIP), which provides free health care to those living in Ontario, is terminated every year on Dec. 15 for migrant workers.

“While migrant workers in Ontario are eligible for benefits under the WSIB, systemic barriers are preventing them from receiving adequate medical attention for workplace injuries. In many cases, injured migrant workers are repatriated before receiving healthcare treatment for their injuries.”

“Migrant workers are commonly discriminated against for medical reasons. In a study conducted by University of Toronto researcher Dr Aaron Orkin, it was discovered that between 2001 and 2011, 787 migrant farm workers lost their jobs and were deported to their home countries for medical reasons, largely against their will, in a process called “medical repatriation.”

In three cases, 3 female workers were fired and deported because they became pregnant. While such cases may not always involve workplace-related injuries, the findings highlight how migrant workers have little access to justice under the Ontario Human Rights Code. This, in turn, affects migrant workers’ ability to seek justice through the WSIB system.”

For many of these workers, their jobs and status as workers in Canada are tied to one employer which significantly impacts their agency, and physical and employment mobility. In the case of live-in caregivers and personal support-workers, there have also been numerous cases of sexualized and racist violence from employers. This is, in part, due to the fact that live-in caregivers, for example, not only live with their employer but their employment and immigration status is also tied to that one employer. Due to a lack of permanent immigration status, economic dependence and the isolation of their work many of them are forced to withstand the abuse.

Justicia for Migrant Workers is a social justice organization based in Toronto, Vancouver and Mexico City that fights for the rights of migrant workers. Justicia notes the following in their Seasonal Agricultural Workers Program brief:

“It is also important to note that some migrant workers claim to have positive work experiences in Canada. However, in our numerous visits and outreach in migrant communities we repeatedly heard forceful phrases such as, “they treat us worse than animals!” Migrant workers, mostly from the Caribbean, make references to slavery in explaining their situation in Canada. Other prominent concerns we have heard from migrant workers include:

Many governments in the Global South are complicit in helping to facilitate and bolster many of these exploitative employment programs that treat people as mere commodities deserving to be disposed of once they’ve served their purpose. Are the agreements between states regarding these programs publicly accessible? What systems and processes are in place to protect the lives of these workers pre-departure, throughout their work tenure and post-departure?

The majority of people who make the difficult decision to leave their families, friends and communities to participate in these programs are usually struggling, working-class people who are unable to find adequate employment in their home countries. Once having arrived, many of these workers are prevented from obtaining permanent residency limiting the quality of life that they’re able to build. They are paid below the minimum wage afforded to non-migrant workers and sometimes experience unfair pay cuts for benefits that they may never be able to access such as Employment Insurance. This then reduces their capacities to send monies home to their families and communities.

In Grenada, we continue to witness the devastating impacts on our agricultural sector, a sector that in the past, has helped to boost our economic growth and sustainability. Canada’s agricultural sector is a multi-million dollar industry that continues to benefit from the low wages paid to migrant workers who could have been helping to build their agricultural sectors back at home. Our economic and political futures cannot be dependent on the forced displacement and dehumanization of our people.

NOW Grenada is not responsible for the opinions, statements or media content presented by contributors. In case of abuse, click here to report.
Tags: abuseagriculturecanadacaregivergroundationhealthjobskimalee philliplabourlincoln depradinemigrantsafetysawptfwptheodore blaize
Next Post 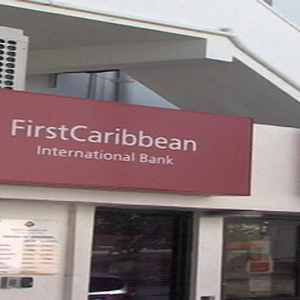