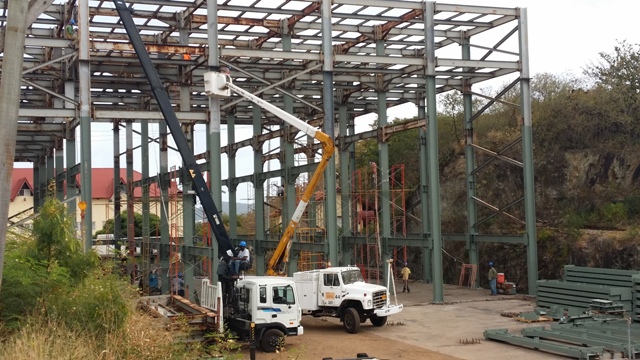 Work has recommenced on the metal/steel structure at St George’s General Hospital.

The announcement of the recommencement of work on Phase 2 of the General Hospital project was made in July of 2014, at a joint news conference and signing ceremony by Works Minister, Gregory Bowen, and former Health Minister, Dr Clarice Modeste-Curwen, along with Mr German Gonzales, the Project Manager of Inversiones 7000 AC,CA, construction company.

Phase 2 is divided into two components: Component one, at a cost of US$250,000 consists of the building, infrastructure with respect to the steel frames, whereas the second component will consist of Accident and Emergencies, Laboratory and Imaging, etc. at a cost of US$1.03 million.

Almost completed under that project is the refurbishment of the former Eye Ward. As part of the project, contractors will also carry out work on the Obstetrics-Gynecology ward.

At last July’s signing, the then Health Minister Dr Modeste-Curwen told reporters that the continuation of Phase 2 does not in any way take away from our commitment to a new hospital. “A new hospital is very much on Government’s agenda and we are looking for alternative financing. The Ministry of Finance has held discussions with several entities that are interested in a public-private partnership” she explained.

Dr Modeste-Curwen noted that “The previous Government had started work on the concept, and we believe that it was a justified move to make. Of course the cost was phenomenal – a number of millions – and our hesitation coming into office was that the plan was based on a loan agreement, and because the nation is all concerned about the public debt we felt that with the state of the economy, it was not the best thing to go into at this time.”

The project is funded by the Bolivarian Government of Venezuela.

NOW Grenada is not responsible for the opinions, statements or media content presented by contributors. In case of abuse, click here to report.
Tags: clarice modesteconstructiongeneral hospitalgisphase 2steel structurevenezuela
Next Post 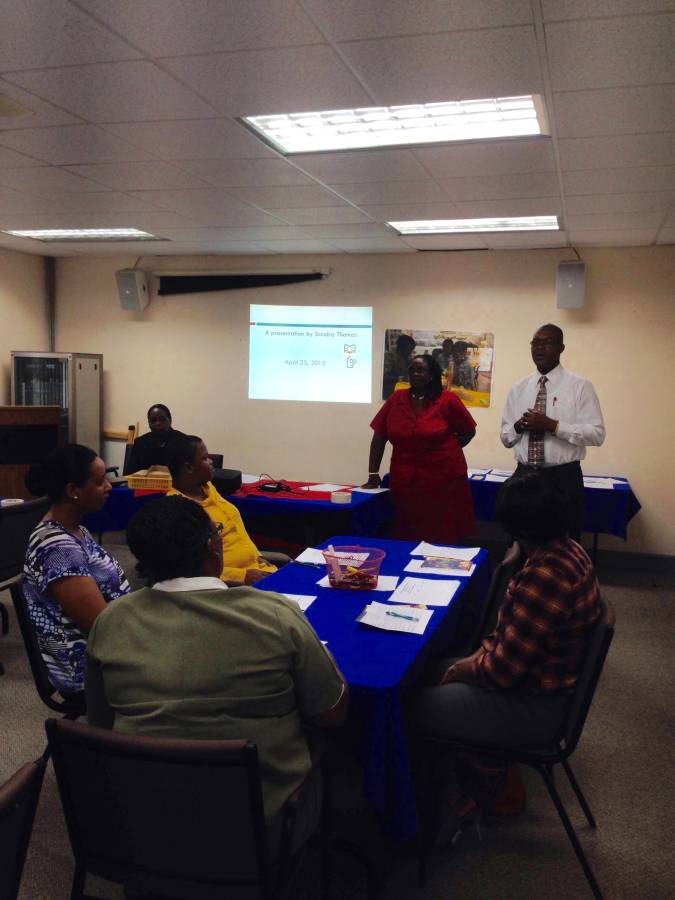