The Ministry of Health (MOH) is seriously concerned and aware of unconfirmed media reports from Jamaica, of the Zika virus (ZikaV) which is carried by mosquitoes.

Whereas the Ministry has sought clarification and confirmation of such reports, through regular and appropriate channels, the Ministry is still awaiting official communiqué from its trusted and reliable public health agencies including the World Health Organization, Pan American Health Organization and Caribbean Public Health Agency, about the presence of the virus in our region.

Meanwhile the MOH reiterates and reminds the general public of your individual responsibility, to keep your surroundings clean and free from all potential mosquito breeding sites, inclusive of all water holding containers, old tires, bottles, tins, buckets, coconut shells, etc.

The public is also reminded of potential public health hazards and threats, which can arise as a result of indiscriminate waste disposal.

In light of the latest public health development and concern, the Ministry has called a meeting of its task-force in accordance with standard protocols.

Grenada has no recorded or suspected cases of the virus, and as such the Ministry will continue to remain vigilant by monitoring and safeguarding the public’s health interest. The public can rest assured that the Ministry will provide regular updates when information comes to hand.

ABOUT THE ZIKA VIRUS

In 2007 the first major outbreak of Zika virus fever occurred on the island of Yap (Micronesia) where 185 suspected cases were reported, of which 49 were confirmed and 59 were considered probable. The outbreak lasted 13 weeks (April to July). The probable vector was identified as being Aedes Hensilii, however the presence of the virus in the mosquito could not be determined.

At the end of October 2013, there was an outbreak in French Polynesia. Approximately 10,000 cases were registered, of which approximately 70 were severe cases. The vectors responsible for transmission were Aedes Aegypti and Aedes Polynesiensis.

In February 2014, the public health authorities of Chile confirmed that there was a case of autochthonous transmission of Zika virus infection in Easter Island (Chile).

That same year, cases were also recorded in New Caledonia and in the Cook Islands. To date, NO DEATHS have been attributed to Zika virus infection in any of the reported outbreaks.

After an infected mosquito bite, the disease symptoms usually appear following an incubation period of three to twelve (12) days.

The infection may present itself as asymptomatic or with a moderate clinical picture.

In symptomatic cases, with moderate disease, the symptoms appear acutely and include fever, non-purulent conjunctivitis, headache, myalgia and arthralgia, asthenia, maculopapular rash, edema in the lower limbs and less frequently, retro-orbital pain, anorexia, vomiting, diarrhea, or abdominal pain. The symptoms last for 4 to 7 days and are self-limiting.

NOW Grenada is not responsible for the opinions, statements or media content presented by contributors. In case of abuse, click here to report.
Tags: concernviruszika
Next Post 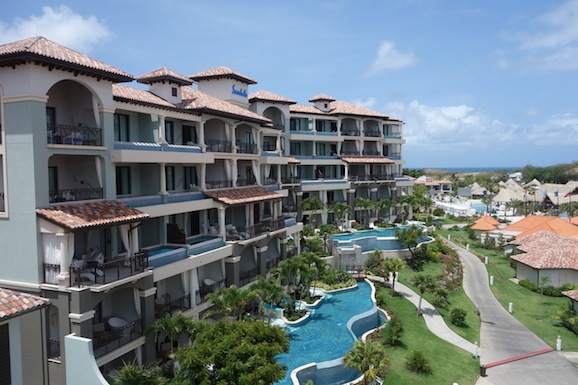