Analysing the US Supreme Court’s Decision

Analysing the US Supreme Court’s Decision

Only a few days ago, on 26 June 2015, the US Supreme Court by a majority of five votes to four in the case of Obergefell v Hodges changed the course of history in the USA. It is now mandatory that all jurisdictions in the country must allow and recognize same sex marriages. The decision of the Supreme Court came about as a result of a lawsuit which was filed by one Jim Obergefell in the State of Ohio in July 2013. The allegation was that the state unlawfully refused to recognize his marriage in the state of Maryland to another man, John Arthur. At the time Arthur was terminally ill and they both lived in Ohio. Obergefell was desirous of having his name inserted on Arthur’s death certificate as “the surviving spouse.” After several appeals in lower courts, the matter eventually reached the US Supreme Court.

In highly sensitive matters of this nature, the process of adjudication is never a mechanical one where resolutions are easily found. It involves a high degree of judicial discretion, judicial reasoning and statutory interpretation. In general, the modern society will expect judges to resolve disputes in a rational manner, according to rules, principles or well established standards. Indeed sometimes judges do make new law in the process as they are expected to embody certain social objectives and policy choices. This is especially so when the law is not very clear. Despite all of this, if judges stray too far from the norm in utilizing their discretion, reasoning and interpretative expertise certain decisions must give rise for serious concerns.

It is therefore most important that judges guard themselves against their own personal philosophies and bring the law to bear on specific legal issues. Some writers like former Judge, Benjamin Cardozo and Claire Palley have even gone as far as expressing the opinion that some judges do reach conclusions that they desire and advance sound reasons for their findings and like other mortals cannot escape their own philosophies.

In analyzing the decision of the majority of the US Supreme Court, one may be at pains to fully appreciate the rationale behind that decision. Speaking for the majority, Justice Anthony Kennedy relied on an inclusion in section 1 of the Fourteenth Amendment to the Constitution which states that no state shall “deprive any person of life, liberty, or property without due process of law.” He felt that dignity can be found in the idea of the due process clause and that this extends to certain personal choices central to individual dignity and autonomy including intimate choices that define personal identity and beliefs”. It is to be noted that Justice Kennedy’s ruling kept in line with his ruling just two years before in the case of US v Windsor which struck down section 3 of the Defence of Marriage Act (DOMA) which Act denied federal recognition of same sex marriages.

Chief Justice John Roberts, speaking for the minority, counteracted that the Constitution had nothing to do with it, as the due process clause in the Fourteenth Amendment ought not to be interpreted as giving same sex couples any “fundamental right” to marry. He then rationalized that if this was so then polygamy can be allowed. In his dissent, Justice Clarence Thomas stated “In its haste to reach a desired result the majority misapplies a clause focused on “due process” to afford substantive rights, disregards the most plausible understanding of “the liberty” protected by that clause and distorts the principles on which this nation was founded.”

The ruling of the US Supreme Court will definitely have far reaching repercussions on the fabric of the American society. Some religions, especially the Roman Catholic Church may find themselves being law breakers if they refuse to marry same sex couples belonging to their congregations. This was not going to be the case if only “civil unions” were allowed for same sex couples and not “marriage”. Moreover in order for same sex couples to be enabled to rear children, many may well have to be engaged in investing in surrogate children which process again impacts on certain religious and moral convictions.

The decision of the US Supreme Court follows closely upon the heels of the decision of 62% of voters in Ireland in May 2015 in support of legalizing same sex marriage. Ireland may be considered to be one of the cradles of Christianity. These recent world events are causing many people to come to the belief that Sodom is here and Gomorrah is not too far away. They come to the realization that the irrational has now become rational and the incidental has now become mainstream.  In fact sociologists have already recognized that the world has moved from a period of modernity fast forward into a period of post-modernity. What they disagree upon is when it all began. In the minds of many, there seems to be no longer any distinctions of time, space, or distance. The whole world now seems to be subsumed into a gigantic maelstrom of irrationalities.

NOW Grenada is not responsible for the opinions, statements or media content presented by contributors. In case of abuse, click here to report.
Tags: constitutiongayjudgejusticelawrence josephlgbtmarriagesame sexsupreme courtus
Next Post 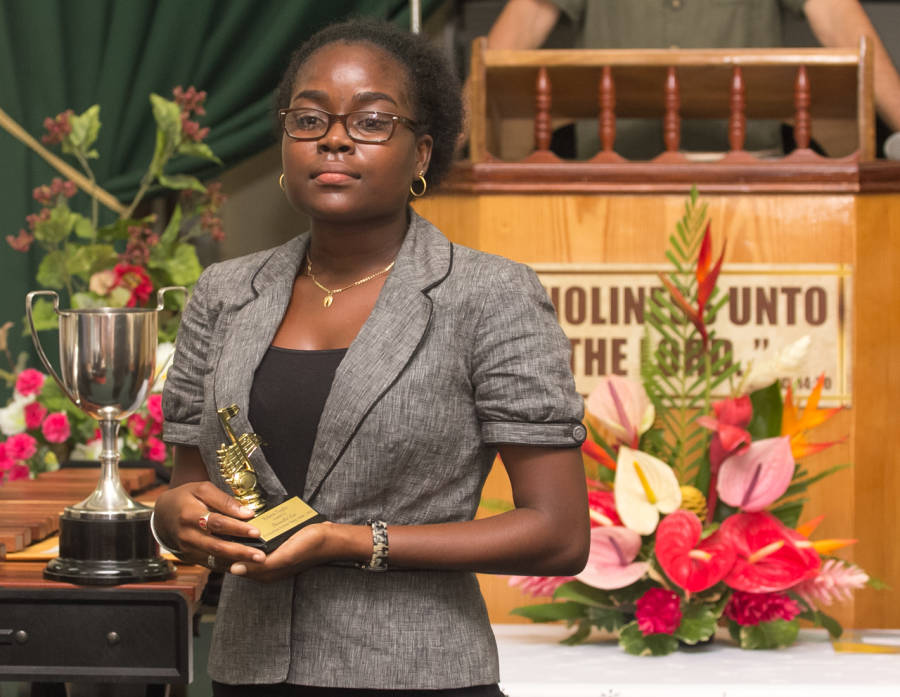