On Saturday, 4 July 2015, the Grenada Trade Centre was the scene of a magnificent show entitled “Legends in Concert.” It was the 11th annual event of this nature which was put on by the organizers. The Trade Centre was packed to capacity and from all indications the audience fully enjoyed an evening of musical entertainment from 7:30pm sharp to well after midnight. The show itself was eminently “emcied” by well renowned comedian, Robert Whyte and the band “Back in Times” ably backed up the artistes.

As the term “legends” suggests, the show involved artistes who have enabled their names to be inscribed on the historical memories of many culture-loving individuals. The performers were all calypsonians in their own right from Grenada and from Trinidad and Tobago. However, before the legendary calypsonians took up their queue, a young Grenadian artiste called Jeverson Ramirez opened the session with a few masterfully delivered renditions. He was well received by the audience.

The main part of the show then began with school teacher and calypsonian Findlay Jeffery, known as “The Scholar”. He sang one of his established calypsos and made some innovations with what he referred to as a “ballad”. Whilst “the ballad” was quite entertaining to many, Scholar’s presentation struck me as not being entirely in alignment with normally acceptable English. During the intermission quite a lot of “shoo shooing” took place which confirmed my own assessment about that presentation. Notwithstanding, Scholar’s contribution to calypso-culture has been legendary, especially with such songs as “Voices”.

Elwin Mc Quilkin, “the Black Wizard” followed, singing his own compositions including “The Will”, “Claudius” (the warrior song) and the legendary one on the IMF. Whilst being a heavy critic himself on the establishment, Wizard never goes to the edge of extreme obscenity, but punches his lines with dexterity, clarity and professionalism. His dancing has improved considerably over the years. Eric Taylor, “Pink Panther” coming out from Trinidad, in his usual humorous manner, rendered his compositions concerning his becoming blind because he “bad-talked” Kamla, the Prime Minister of Trinidad and Tobago. He also did the one which was composed by “Chalkdust” and which won him the monarchy in Trinidad in 2013. In that calypso he found all kinds of “ships” including “partnership” and “hardship” but he could not find the “leadership”.

Then came the intermission and the show went on to higher heights. Dr Hollis Liverpool, lecturer and calypsonian, “Chalkdust”, in his own inimitable bouncing style rendered calypsos which were both entertaining and uplifting. These included the one on “Jubba Jubbai” and another where he demanded his grand father’s back-pay for the many toils and tribulations which he had to endure as a slave many years ago. He reminded that that song was written many years before Caribbean people started to demand reparations for the past slave-labours of their foreparents.

Undoubtedly, “the new kid on the block” in terms of modern day presentations in Grenada, was Patrick Paul, “Praying Mantis”. He was a past Calypso Monarch of Grenada. He left Grenada over eighteen years ago and never performed in this country until the night of the Legends. Whilst his renditions were excellently done, he did not seem to have the capacity to respond adequately to the urgings of the crowd. Nonetheless he made sure to state that Grenada is a paradise when compared with “outside there.” His compositions went deep and his renditions were superb. Additionally, clarity was one of the hallmarks of Mantis’ presentations. Every word came out distinctly.

His songs included the one on “Black my Story” and another on the expression of the desire to have a federation of some of the Caribbean Islands. He also sang “Rosaline” which had an up-beat tempo. This calypso brought back memories about the period following the collapse of the People’s Revolutionary Government in Grenada in October 1983. At that time there were Peace-keeping Forces all over Grenada comprising “American soldiers”, Jamaicans and others. The American dollars which were inscribed with the wording: “In God we trust” seemed to have been the currency of preference amongst the young ladies, including “Rosaline.” Another up-beat tempo calypso “Mal levee” was also very popular with the Trade Centre and patrons had to get up and dance.

The curtains were brought down by Irwin Johnson, “Scrunter” coming out from Trinidad, with his own up-beat renditions including: “Take the Number” and “Woman on the Base.” Lots of patrons could not resist dancing to those beats. Really and truly, this Legends in Concert show was most entertaining and was definitely one with a difference.

NOW Grenada is not responsible for the opinions, statements or media content presented by contributors. In case of abuse, click here to report.
Tags: calypsoconcertentertainmentlawrence josephlegends in concertmusic
Next Post 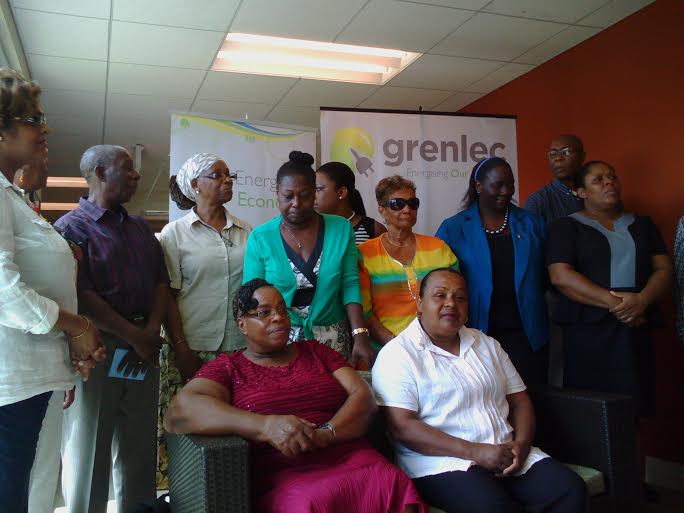