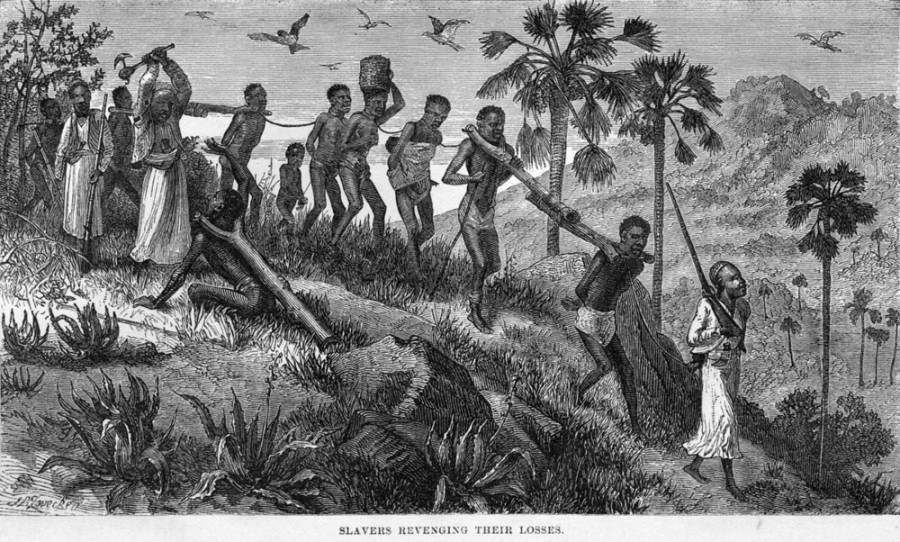 As usual, this year’s emancipation celebrations will present the same worn-out tale of how our “innocent” and “defenseless” African ancestors were “brutalized” by the “wicked” white people. Africans in the West take it for granted that slavery was a strictly white versus black affair. However, did you know that, as far as the United States at least is concerned, slavery was the first racially integrated institution in the West?

We all know of the motion pictures “Roots” and “12 Years A Slave” that tried to portray the impression that blacks were always the victims and whites were always the oppressors. However, did you know that there were indeed thousands of free African Americans who owned slaves before the civil war?

According to the United States census of 1860, there were over 3,000 free African–American slave owners in the state of New Orleans alone — out of a population of over ten thousand. This means that almost thirty percent of African Americans in that state owned slaves! It must be noted that the national average for white Americans was less than five percent. Indeed, in many instances, there were more black slave owners than white ones.

It must be noted that the impression that a lot of whites owned dozens or even hundreds of slaves couldn’t be any more untrue. Indeed, the majority of people in America — both black and white, did not own any slave and most of those who did, own only a few — less than five. The rest were too poor to afford any slave.

Some African American slave owners were very rich. In 1860, in the state of Louisiana, the widow of C. Richards and her son P. C. Richards owned a large sugar plantation with over 150 slaves. Another African American, Antoine Dubuclet, owned over 100 slaves and his financial worth was $264,000 — a very large sum at the time. The average wealth of a typical white man in that state was less than $4,000.

Ever heard of the African American named William Ellison? He was a slave originally called April. Though he started out as a slave, Ellison eventually became a very wealthy and famous African–American slave magnate. He became one of the country’s major cotton-gin manufacturers. Indeed, due to his use of cheap slave labour, Ellison even managed to drive many of his white competitors out of business.

Also, in addition to his cotton gin business, Ellison made a large part of his fortune breeding slaves. Yes, here was an African American slave owner who was also a major slave breeder!

Based on these census figures, the phenomenon of Africa-American slave owners was not only common, it was widespread across America.

So when these anti-slavery propagandists try to do all they can to convince you that slavery was the worst evil that the white man has ever visited on us “poor” blacks, remember this: Slavery was seen as such a normal institution that even many Africans, once they got here, were as much involved in the “corruption” as those whites.

History is clear and it cannot be changed — there is no doubt that slavery was truly the first racially integrated institution for “New World”. History must be told by those who understand it and not those who want to change it!

NOW Grenada is not responsible for the opinions, statements or media content presented by contributors. In case of abuse, click here to report.
Tags: africaamericablackhistorymichael dingwallslaveslaveryUnited Statesususawhite
Next Post