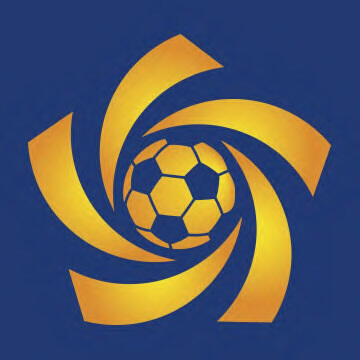 The Grenada Football Association has disclosed that Alvin Clouden is the Project Manager of the Local Organising Committee for upcoming CONCACAF U17 Girls tournament, which will be held in Grenada in March 2016.

Clouden was among a 4-man delegation led by Grenada’s Minister for Sports, Hon. Emmalin Pierre, and President of the Grenada Football Association, Cheney Joseph, who last week concluded a successful meeting with CONCACAF.

A news release from GFA said that Grenada’s delegation met with CONCACAF officials to discuss Grenada’s hosting of the CONCACAF U17 Girls tournament, hosted by the country next year. The tournament which takes place from 3 to 13 March, will see 8 teams participating in the Spice Isle. The teams already qualified, are host country Grenada, Canada, Mexico, and the USA.

The Grenadian delegation updated CONCACAF on its state of readiness, as well as identified areas for assistance from CONCACAF. Hon. Emmalin Pierre reiterated her government’s support for the advancement of football on the island, especially female soccer. The other Grenada delegate was Acting General Secretary, Malaika Church.

“We have made a pledge to support sports on the island, and the hosting of this major event will most certainly provide many opportunities for our country” said Church to the CONCACAF delegation, which included; Ted Howard, Acting General Secretary, Inaki Alvarez, Director of Operations, Horace Reid, Director of Competitions and Ricardo Sarille, CONCACAF Event Manager for the tournament.

“Our new Football and Athletic stadium is a testimony to our government’s support, and we want to assure you that Grenada will do all it can to make the event successful” she commented.

“Grenada is no stranger to hosting international events, and our recent experience hosting the ICC World Cup as well as the test match between England and the West Indies, are 2 major events we can boast about” stated Minister Pierre.

The Government of Grenada and the Grenada Football Association will partner to host this event.

NOW Grenada is not responsible for the opinions, statements or media content presented by contributors. In case of abuse, click here to report.
Tags: Alvin Cloudenconcacaffootballgirlslocal organising committeesoccertournamentwomen
Next Post