An International Monetary Fund (IMF) team led by Nicole Laframboise visited Grenada from 20–27 August 2015 to conduct discussions on the third review of Grenada’s IMF-supported program under the Extended Credit Facility (ECF). The ECF arrangement was approved on 26 June 2014 for an amount of SDR 14.04 million (then US$21.7 million, or 120% of Grenada’s quota at the IMF). The first and second reviews were completed on 12 December 2014 and 29 June 2015 respectively. Total resources of SDR 6.04 million (about US$8.5 million) have been made available to Grenada under the arrangement.

At the conclusion of the visit, Ms Laframboise made the following statement:

“Grenada is making solid progress implementing its home grown economic program, restoring fiscal sustainability, and laying the groundwork for stronger growth. All quantitative performance criteria for end-June were met, with the exception of the floor on social spending ― an indicative target — due to technical problems related to information systems for the flagship social assistance program SEED. Real GDP (at market prices) expanded by 5.7% in 2014, driven by a rebound in key agriculture crops and strong demand for tourism services. For similar reasons we project growth of 3.1% in 2015 compared to 1.7% at the time of the second review in mid-2015. The external position has strengthened, boosted likewise by lower oil prices and stronger tourism receipts.

“The fiscal performance is also positive, with the Government on track this year to deliver its first primary surplus in over a decade. Tax revenues have recovered to pre-crisis levels and expenditures are being kept under strict control. The Government has continued to repay its budget expenditure arrears and is expected to clear them fully by the end of this year.

The debt restructuring agreement with private creditors is expected to be concluded in the coming weeks. It will be important to finalize this agreement promptly so as to clear uncertainty regarding financing and unleash confidence and investment.

“The Government pushed through a substantive agenda of legislative reforms in 2014/15 to strengthen the fiscal policy framework, tax incentive regime, and public finance management. These reforms, particularly the Fiscal Responsibility Legislation, have built a solid institutional foundation for fiscal prudence and discipline that will help secure and maintain a sustainable fiscal position over the long term.

“Despite these positive developments, the reform job is not finished. Unemployment remains high, particularly among the youth. Credit growth is still contracting and access to credit remains difficult. While activity has picked up, staff agree with the authorities that reform efforts in the next phase of the program should focus on measures to boost employment and foster broad-based growth that raises real incomes for low and middle income groups.

“In this respect, the team made progress toward agreement on structural reform measures directed at improving the supply response, including strengthening incentives for employment creation. The Government is also following through on their strategy to reform state owned enterprises so as to boost the quality and efficiency of public goods and services. The team also agreed with the authorities on overall fiscal targets for 2016 and related budget measures.

“Discussions will continue in the coming days via videoconference from Washington, DC  to refine details and secure a timely completion of the third review.

“Staying the course will lead to improved economic opportunities for the people of Grenada, so we encourage Grenada to press ahead on its reform path. The IMF remains committed to supporting the Government of Grenada in its pursuit of fiscal sustainability and stronger growth. The team would like to thank the authorities and representatives from the private sector for their cooperation and hospitality.”

The team met with the Prime Minister and Minister of Finance and Energy, Dr The Rt Hon. Keith C. Mitchell; the Minister of Communication, Works, Physical Development, Public Utilities and ICT, Hon. Gregory Bowen; the Minister of Economic Development, Trade, Planning, Cooperatives and International Business, Hon. Oliver Joseph; the Permanent Secretary of the Ministry of Finance, Timothy Antoine; the Executive Director of the Grenada Authority for the Regulation of Financial Institutions, Angus Smith; Deputy Permanent Secretary of the Ministry of Finance, Mike Sylvester, and other senior officials, representatives of the private sector, labour, and civil society, and the Monitoring Committee for the Home-Grown Program. A representative from the Eastern Caribbean Central Bank accompanied the team during the visit.

NOW Grenada is not responsible for the opinions, statements or media content presented by contributors. In case of abuse, click here to report.
Tags: debtecfeconomyfiscalgaphomegrownimfministry of finance and energyprogramreviewseedstatementsurplusthird
Next Post 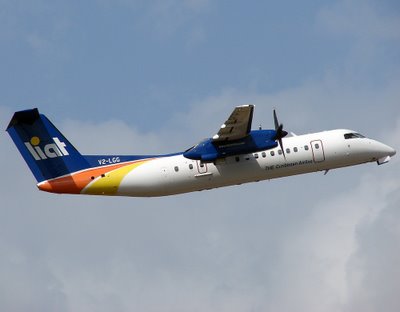