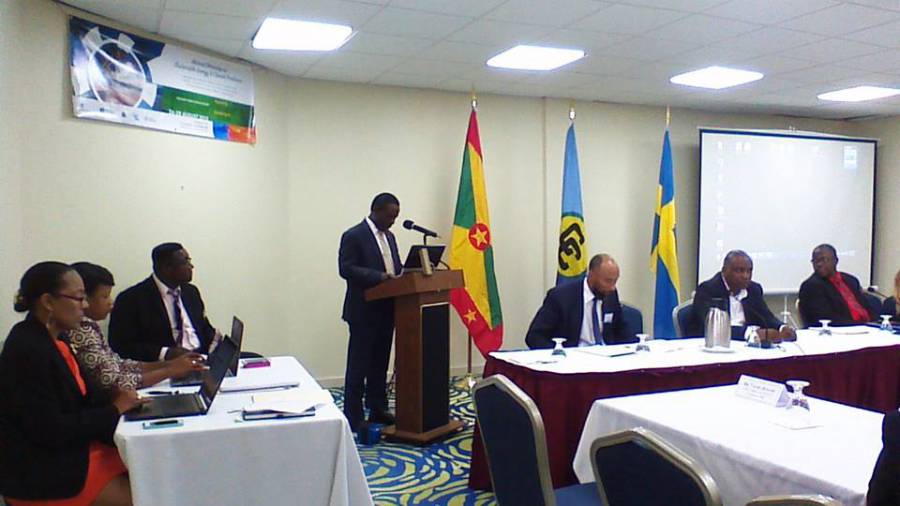 Environmental Advocates and Professionals in Grenada, have been told that improving the quality of life of the population requires rethinking the model of development that has so far been pursued by small island states.

That was the message from Prime Minister Dr Keith Mitchell, when he addressed the opening ceremony of a national workshop on Sustainable Energy & Climate Resilience-Strategy, and plans to increase energy resilience in Grenada are high on the agenda.

He told the participants that rethinking will require that they take into consideration the new climate reality that is projected to have serious consequences for major economic assets, including the world-renowned Grand Anse Beach, the foundation of the island’s tourism.

“Critical to this new thinking is the role of the energy sector, and how decisions for the provision of energy services can positively impact agricultural production, freshwater resources, waste management and the tourism industry,” he said, while explaining that historically, these sectors have operated with limited synergy, with each essentially developing and implementing individual policies and strategies.

“This approach has to be revisited in order for the country to develop an economy that is less vulnerable to climate change and changes to the marine environment, ranging from sea level rises to increases in ocean temperature and acidity. Already, this is negatively impacting the fisheries industry, a traditional livelihood for a significant portion of the population,” said Dr Mithcell, who is also the Minister for Energy.

He further advised that the new thinking is also required for identifying the means for financing the new approaches, given the country’s debt situation — much of which was brought on after the devastation of Hurricane Ivan a decade ago.

This national workshop is a follow-up to a Mission to Grenada in May 2015, by the Caribbean Community Climate Change Centre, SIDS DOCK and the Swedish Energy Agency.

SIDS DOCK, the SIDS (Small Island Developing States) Sustainable Energy Initiative, is a mechanism established to catalyse the transformation of the energy sector of island nations to increase energy security, reduce greenhouse gas (GHG) emissions, and generate resources for investment in adaptation to climate change. SIDS DOCK is a unique mechanism, because it is a collective approach to minimize the negative consequences of small size in order to attract financing and technology, as well as developing capacity, and is funded by a US$14.5 million grant from the Government of Denmark and US$15 million from the Government of Japan. Grenada is a founding member of SIDS DOCK and one of the first countries to ratify the SIDS DOCK Treaty.

The participants were told that Grenada has vast renewable energy resources, but needs to open competition in order to integrate the private sector in providing technologies for efficient use and renewable energy development. “Energy and water are essential factors for competitiveness in the tourism industry, thus greater attention should be given to developing synergies in policies,” he suggested.

Among the speakers at the workshop were Dr Al Binger, who is the Coordinator of the Belize based Caribbean Community Climate Change Centre; Dr John Telesford who is a consultant for the CCCCC and Mr Alvaro Umana and Ms Marie Karlberg from the Swedish Energy Agency.