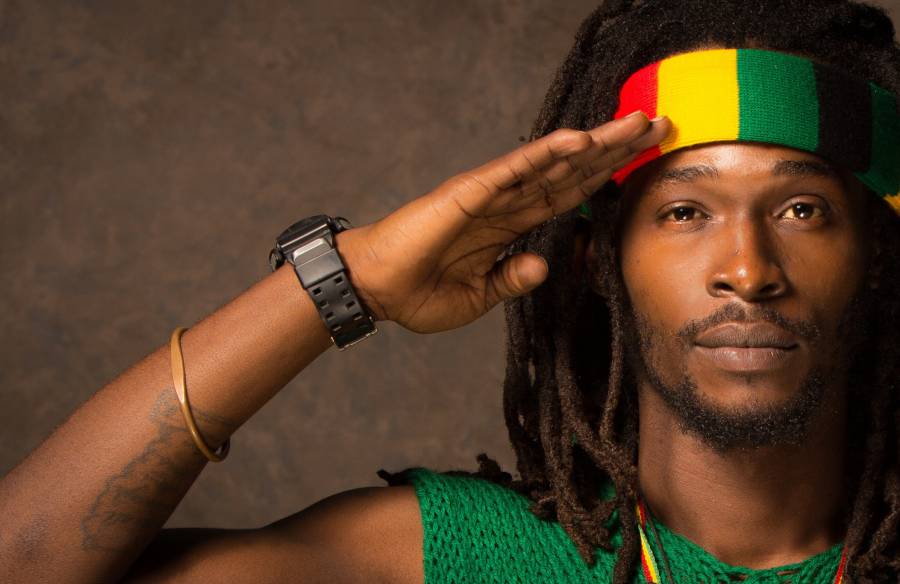 One of Jamaica’s fastest rising roots reggae artists, Royal’s potent talent is clearly catalogued in hits such as So Long Rastafari Call, Preying On The Weak and the big local hit Modern Day Judas. Like many of his counterparts in the current reggae revival movement, Jesse Royal draws inspiration from a variety of sources, a variety of different styles of music and roots them in Rastafari.  His conscious message confronts a lot of heavier topics like colonialism, racism, classism and political corruption. His soulful voice and traces of gospel elements to his music are often attributed to his early musical beginnings with his grandmother who was a church choir director. Royal released his first mixtape “Misheni” in 2012 and a second, “In Comes The Small Axe” in 2013. With his band the King Suns, Royal demonstrates the unique ability to slip into different genres of music, perhaps best represented in his rendition of the bluesy, funky love song, “Baby Let Me Be” off of his latest mixtape “Royally Speaking.” Since its release on 14 July 2014 this tape has been streamed over 700,000 times leading to public acclamation of Royal as the heir in waiting to the royal reggae throne.

The  Pure Grenada Music Festival will, over 6 days showcase the island of Grenada via 4 distinct locations. The Festival Village and Main Stage will be located on the spacious green of the Port Louis Marina; the VIP Stage at the exquisite Calivigny Island; the Floating Stage in the picturesque St George’s Harbour – the Carenage; and the Mobile Stage which will feature free concerts in the towns of Grenville and Gouyave located North East and West of the island respectively.

NOW Grenada is not responsible for the opinions, statements or media content presented by contributors. In case of abuse, click here to report.
Tags: festivaljesse royalmusicpgmfpure grenada
Next Post