I write because I feel that it is time that sisters stand up for sisters.

There has been a crazy chain of events in Grenada this week since the national cricketer and teacher Denroy Charles was charged with rape and indecent assault of his girl-friend.

Our investigations revealed that her statement to police corroborated for the most part what he had told police himself after he was arrested.

The fact that a major incident – perhaps even a major crime – occurred was never in doubt by police and prosecutors.

We are satisfied that based on our investigations, all due processes in the matter were followed. In fact, realizing that it was going to be a long carnival weekend, prosecutors called in the magistrate on Saturday morning to review the evidence with the possibility of bail.

In the magistrate’s own deliberate judgement, based on the evidence; the apparent verdict was that the incident was too much of a violent nature for her to safely consider bail.

Incidents like these are always very tragic, and there would be grieving families on both sides. But to even suggest that he is innocent or wrongly charged – based on the evidence we saw – is a stretch; and is an affront to rape victims everywhere.

The apparent reported fact that the victim is now considering standing down from the case is because of immense and sometimes very hostile community pressure, and a worry that it may in the long term affect the child they share together.

But it speaks something of the society and its approach to such crimes as rape, that even without hearing or seeing the evidence, so many people would readily say that the “man was set up.”

The real victim, having already been violated, now has to suffer the indignity of people calling her story bogus or a set-up. Effectively dismissing her as a liar.

It is as if our society, in this way of thinking, still see women as things to be owned. That this is his woman; and he can do her want he wants. That her alleged infidelity is justification for the violence that was meted out against her.

They are clamouring for her to retract her story because she is “hurting a good man,” without demanding an apology from the real perpetrator.

The issue of domestic violence and abuse against women is a real one in this society.

The online attitudes displayed over the last few days will make it clear why it will be difficult to wipe it out.

The public utterances of the perpetrator’s family, friends and acquaintances are not only a danger to those directly involved, but to every young girl and woman in the country.

They will remain at risk in a society that refuses to demand of its men to act responsibly and respectfully.

We demand that in the public interest, the police and the prosecution, while protecting the identity of the victim, release the statements of both people involved, let the uninformed people see who or what they are defending.

The chattering mob must not now join in the public social rape of a woman that already went through a night of terror at the hands of a man who claimed to love her.

NOW Grenada is not responsible for the opinions, statements or media content presented by contributors. In case of abuse, click here to report.
Tags: abusecrimedenroy charlesphyllis williamspolicerapergpfviolencewomen
Next Post 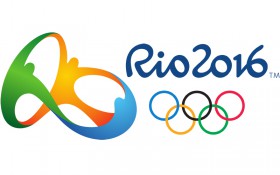