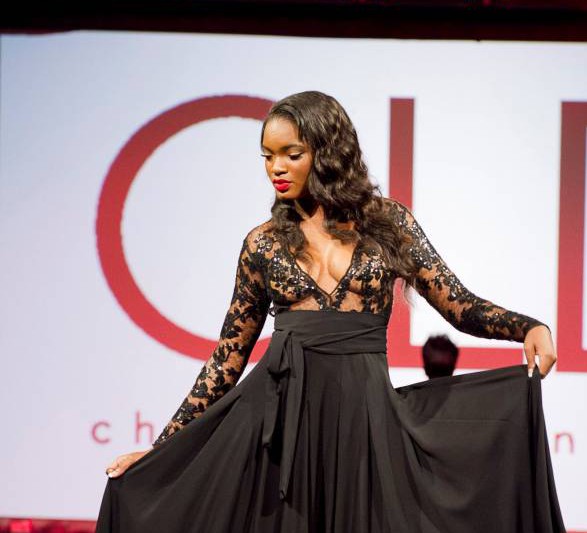 What a Journey for Grenadian Model Rehanna Warren

What a Journey for Grenadian Model Rehanna Warren

Season one winner of the Face of Grenada Modeling Competition, Rehanna Crystal Warren, a 6’1″ beauty, recently returned to Grenada after a whirlwind of modeling stints across North America.

After a spell-bounding week in Montreal, Ms Warren returned to Grenada to crown the 2015 Face of Grenada winner in June, then jetted out shortly after, New York bound, to participate in the Summer Fashion Explosion Show in Manhattan. Being a favourite of the many designers there, she was chosen to walk for seven of the nine designers including Elizabeth’s designs all the way from Chicago, K Dupont, and the Original Stush, among others. This brought great attention to her talent and she was asked to do several photo shoots, one being for Boutique Fashion Frenzy based in Atlanta. Ms Warren also made a guest appearance at “Fashion on the Hudson” wearing a bikini by Jamaican designer Peter Giscombe. This show featured over 200 models, many international designers and celebrity guests. This gave her the confidence she needed to show off her talent.

Leaving the New York stage, Ms Warren made her way to Toronto, Canada to be a guest model at the “Cuttin’Style Caribbean Fashion Show” as part of Toronto Arts and Cultural Festival, PANAMANIA, for the Pan Am Games. Ms Warren wooed the photographers and the large crowd at both shows; the Outdoor Fashion Show at Toronto’s Harbour Front, and the Gala Fashion Show and Dinner held at the Westin Harbour Castle Hotel, as she showcased the sophistication and flair of the Caribbean’s top designers. Ms Warren presented the work of Trinidad’s, Zadd & Eastman, Robert Young, Charu Lochan- Dass, International Award winning designer, Shaun Griffith Perez, Antigua’s Calvin Southwell, Barbuda’s Miranda Askie, Guyana’s Sonia Noel, among others. She was also fortunate to get up close and personal with Co-Host, Anya Ayoung-Chee, Project Runway Season 9 Winner and again to have the opportunity to work with Artistic Director, Richard Young, one of the most sought after Creative Industry Consultants in the region.

Ms Warren was asked to return to Montreal, to be the special guest at the Mighty Sparrow 80th Birthday celebration in Montreal. Being Grenadian, she was honoured to present the Birthday cake to Sparrow, a fellow Grenadian, on stage at his concert, and to stick the cake with him. He was very pleased to meet Rehanna and wowed by her lengthy legs.

After getting some well-deserved rest, she returned to Toronto to enjoy the ScotiaBank Caribbean Carnival, where she was presented to many dignitaries, special VIP guests and sponsors of the Carnival, and even got to spend quality time on Olympic Island with CJ Augustine, who was recently named Ambassador for Grenada in Belgium. Shortly thereafter, Rehanna headed back to Grenada to begin her second year at St George’s University.

In all her travels, Rehanna represented her country with pride and honour and made her fellow Grenadians and West Indians on the whole very proud.

“What a wonderful experience this was. I’ll always remain humble and thankful to God, my family and my friends. It was a constant high energy throughout this trip. Everyone wanted to know where exactly we are and what we have to offer. I think I represented Grenada really well, quite a number of them confirmed that they are going to visit!”, says Rehanna.

NOW Grenada is not responsible for the opinions, statements or media content presented by contributors. In case of abuse, click here to report.
Tags: face of grenadafashiongtajourneymodelrehanna warrentourism
Next Post