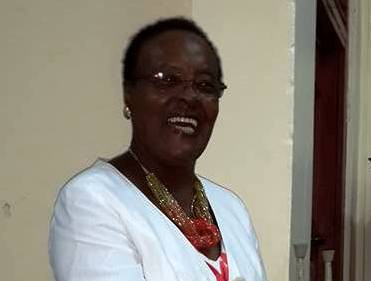 Former Prime Minister, Tillman Thomas, represented that constituency in the Lower House of Parliament following the 2003 and 2008 general elections, but lost the seat in the 2013 general elections, to the New National Party newcomer Clifton Paul by 128 votes. Thomas gained 1,277 votes, while Paul received 1,405 votes.

Assistant Public Relations Officer, Mr Randal Robinson, said that the constituency support group and the executive unanimously elected John to replace Thomas, during a special meeting on Monday, held at the Mt Rose RC School. The meeting was attended by members of the political party’s national executive, along with NDC supporters from within the constituency and other areas. “In her acceptance speech, John promised to work along with the community to improve social and other conditions,” he said.

John, who once headed the now defunct NGO, NCH Action for Children, is well known as a social worker throughout Grenada, having served not just the organisation she represented, but sat on other committees and bodies which advocate for the rights of the marginalised and vulnerable, in particular children and youth.

NCH Action for Children operated a foster care programme in Grenada from 1988, until it was handed over to the Government of Grenada due to a lack of funding and restructuring of the organisation, which was guided by the policy that it is best to keep children with their biological parents, or if not possible, the preference is then given to relatives.