NDC Says Thanks to Uncle Tilly

NDC Says Thanks to Uncle Tilly 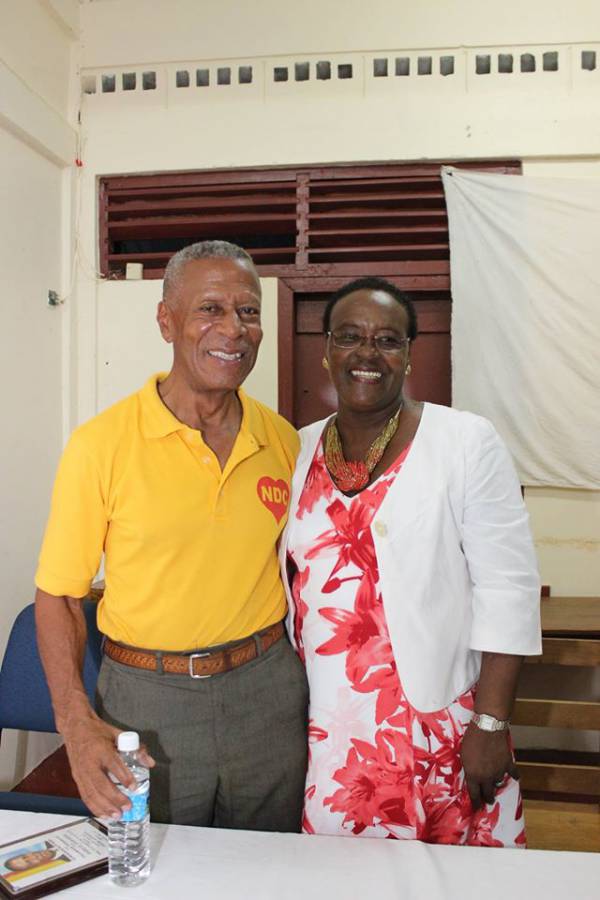 The National Democratic Congress (NDC) joins with the people of St Patrick East in expressing our abiding gratitude to former Prime Minister Hon. Tillman “Uncle Tilly” Thomas, for his yeoman service to the people of that constituency, and indeed the entire nation of Grenada, Carriacou and Petite Martinique.

Uncle Tilly officially handed the Baton of leadership of the constituency of St Patrick East to Mrs Cecilia Ann John, endorsing her as the best person to succeed him as candidate in the upcoming general elections constitutionally due in 2018.

According to the former Prime Minister, working with the constituents of St Patrick East and serving them and his country has been a “labour of love” for him, adding that it is his firm belief that the “NDC is the soul of Grenada.” He said that his resignation from frontline politics, in no way means that he has given up politics and campaigning altogether. Mr Thomas pledged his continued commitment to working with the new Caretaker and the constituency to ensure victory at the polls. Political Leader Sen. Hon. V Nazim Burke, who succeeded Uncle Tilly, was long in praise for the former Prime Minister. The Leader noted that there was much debate about who would fill the shoes of the man that had given so much to the Party, and as such the selection process was deliberate and carefully thought out. Mr Burke, on behalf of the party, thanked Uncle Tilly for the excellent quality of his representation of the people of St Patrick East.

Mr Thomas was presented with a plaque by the membership of the constituency he served that captured the sentiments of the political leader.