This story was posted 7 years ago
in Cricket
4 min. read

It is with grave concern that I noted the recent comments made by the Coach of the West Indies cricket team, Mr Phil Simmons, in which he stated that “outside influences” have had a hand in the selection of the West Indies ODI team.

As Chairman of the Caricom Sub Committee on Cricket Governance, and as a lifelong fan of the game, it is my view that West Indies cricket is fortunate to have a leadership team that includes head coach Phil Simmons, captain Jason Holder and chairman of selectors, Clive Lloyd.

The team is now at an important crossroads, and it will require wisdom and good leadership to chart and follow the right path. It will therefore take the skill, motivation and priorities of the men who lead and the players who follow, to restore the team to world prominence.

To that end, the leadership unit must receive the full and unequivocal support and cooperation of the West Indies Cricket Board (WICB), and the backing of an independent selection panel, that is free of interference, fear, or favour.

The head coach’s comments about the selection of the West Indies one-day team to tour Sri Lanka are highly disturbing.

Phil Simmons openly expressed his disappointment and outrage at not getting the best 50-overs ODI squad for the tour. He stated that Clive Lloyd and Jason Holder joined him in asking for the inclusion of Dwayne Bravo and Kieron Pollard on the team but were out-voted by the other selectors. He claimed that there was ‘interference from outside’ in the selection process.

Opposing teams, cricket lovers around the world and supporters of West Indies cricket expect to see the best West Indies teams on the field.  Clive Lloyd, the chairman of selectors, recently made that same point. Together with the head coach, he urged selectors to bury their hatchets and trade the self-defeating, mean-spirited and losing culture of exclusion for a cooperative and winning culture of inclusion and unity. The West Indies public expects and deserves nothing less.

I fully endorse the sentiments and position taken by the Chairman of Selectors and the Head Coach, and I join with Simmons in condemning any act that undermined his leadership and the discretion of the Board of Selectors to field the best team.

It is a position I have had to take when the Grenadian people elected my party to Government in 2013. Upon assuming Office, we committed ourselves to a concept we call “Project Grenada.” This has guided our leadership and has ensured that the interest of the country is put before any personal agendas. We recognised that in order to be successful we would need the best team of persons in place, regardless of their politics. I now work with persons who opposed me in the past and have appointed them in key Government institutions.

Even in my own Cabinet I have members whose views are often times very varied, but these differences strengthen us as a team and we are able to view matters through many different lenses.

We need a similar “Project West Indies cricket” approach if the team is to be successful.

The entire cricketing organization should be fighting battles on the field against opposing teams, and not with each other in boardrooms and offices.

Phil Simmons has had phenomenal success with Team Ireland during his tenure as head coach. His success against the West Indies team in the 2015 World Cup must have been a bittersweet moment for him. His record and efforts so far, deserve commendation.

I believe that if Simmons is given the right tools to do his job, the liberty to make critical cricket decisions, the autonomy to create learning environments in which young players can grow and prosper, and the freedom to field the best teams, West Indies cricket will flourish.

Already the head coach and his coaching team have taken a great step forward by gaining the trust, respect and loyalty of the West Indies players. These are things that administrators and other West Indies coaches struggled with and failed to achieve during the last fifteen years.

A sports organization needs good management and administration to function at its best, but it cannot win battles on the field without sensible, coordinated and innovative leadership at every level throughout its ranks. The organization must not be divided unto itself.

Only a few days ago, Pope Francis in a speech at the United Nations, reminded the world about the dangers of polarization, anger, hatred, resentment, exclusion and adversarial attitudes, and the benefits of inclusion, kindness, unity, cooperation and common purpose.

We sincerely hope that his words were heard and heeded by our cricket administrators.

NOW Grenada is not responsible for the opinions, statements or media content presented by contributors. In case of abuse, click here to report.
Tags: caricomcoachcricketgovernanceinfluencekeith mitchellphil simmonsteamwest indieswicb
Next Post 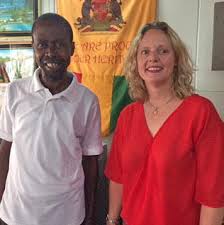