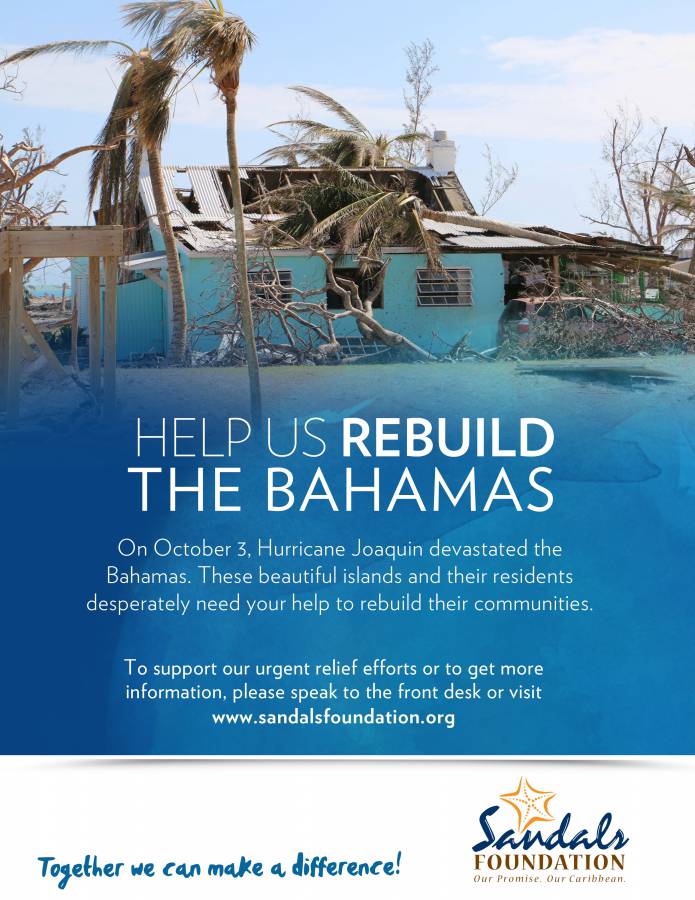 The Sandals Foundation, the non-profit arm of Sandals Resorts International, has sounded the call for support in its efforts to help citizens of The Bahamas who have been affected by the destruction caused by Hurricane Joaquin. These include the southern islands of San Salvador, Cat Island and Rum Cay which were most impacted by the Category 4 storm, as well as Long Island which has also seen its fair share of destruction.

The Bahamas Relief Campaign has seen many donations so far, which include both cash and in-kind support for the recovery team. Monetary donations are being managed through the Foundation’s online portal at sandalsfoundation.org and are also being accepted on-site at all Sandals Resorts, Beaches Resorts and Grand Pineapple Beach Resorts.

Hurricane Joaquin made landfall in The Bahamas on 3 October and left a path of destruction in its wake. Several people have been confirmed dead while many others have been reported missing. Prime Minister of The Bahamas Perry Christie has stated that the recovery effort will undoubtedly be a long one.

President of the Sandals Foundation and CEO of Sandals Resorts International, Adam Stewart, stated, “Hurricane Joaquin has affected the people of The Bahamas in a way that most of us simply cannot imagine. With little to no notice to prepare, Joaquin tragically left locals with nothing, some even losing their lives. The Bahamas is close to our hearts, both on a personal and professional level, and we must rally to give them all the help we can to get them back on their feet as quickly as possible. Currently, the destination is suffering from a lack of sanitary drinking water, so our efforts are particularly focused on acquiring this resource for those areas worst affected.”

For more than three decades, the Sandals Foundation has supported its Caribbean neighbors during times of need. Recently, the Foundation conducted a similar fundraising campaign for the island nation of Dominica, which was devastated by Tropical Storm Erika. NOW Grenada is not responsible for the opinions, statements or media content presented by contributors. In case of abuse, click here to report.
Tags: bahamashurricanejoaquinreliefsandals
Next Post 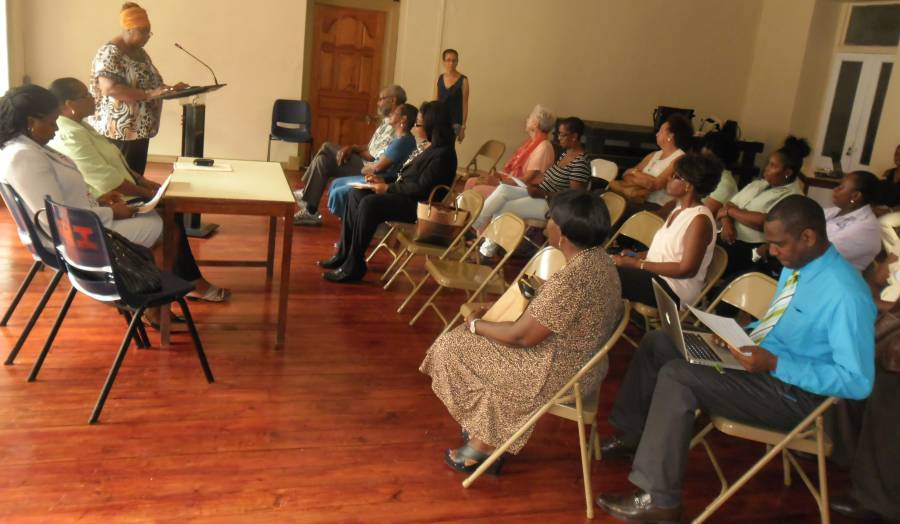