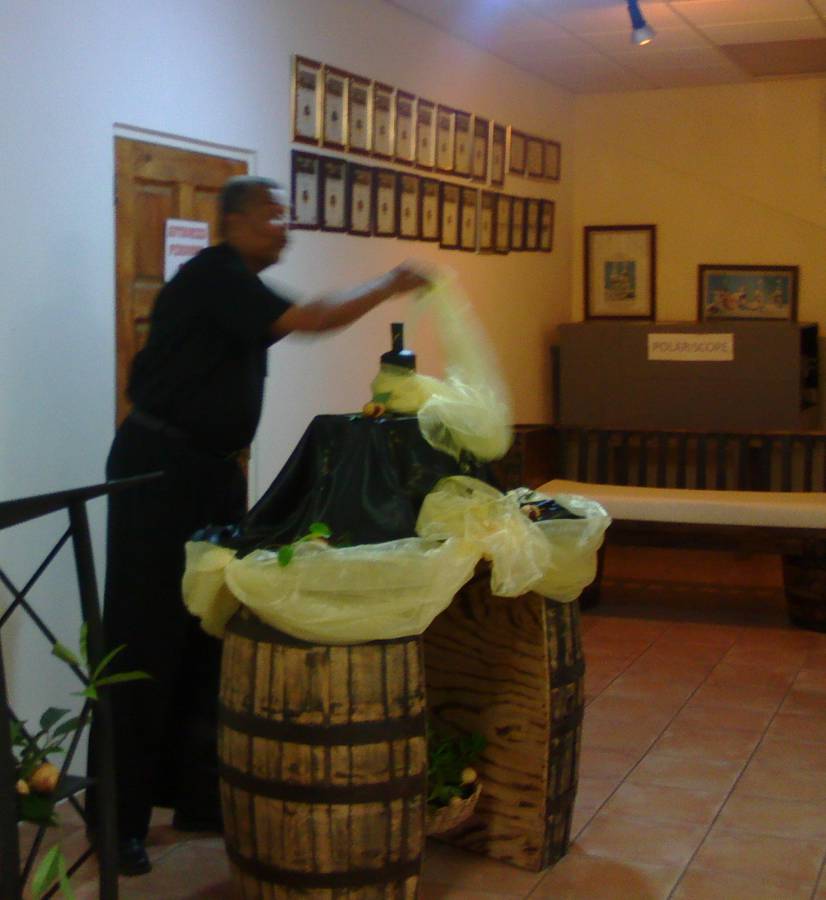 One of Grenada’s rum distillers has added another product to its list of alcoholic drinks, and that product is one way in which the Grenada Distillers is adding value to the Grenada nutmeg which is referred to Black Gold.

The product itself is called “Black Gold” and was described by Grenada Distillers Ltd, Production Manager Devon Date, as a premium product that adds value to the island nutmeg. The term Black Gold is often used to describe the island’s raw nutmeg which brings in millions in revenue to the island. Grenada was at one time second in nutmeg production to Indonesia.

Speaking at the launch of the rum last Friday, Date explained that Black Gold reflects the history, the passion and personality of a family, company and country, where for years, rum and nutmeg have played a significant role.

“Consequently this passion and personality forms the nucleus of the social character and authenticity of the product,” he told those attending the launch which was held at Nick’s Barrel House – the outlet unit of the Distillers where all products can be purchased wholesale, retail or in special packs.

Date said the mother liquor for the production was produced by local fermentation and distillation processes. ‘This mother liquor was originally aged in carefully selected oak barrels and then blended or infused with our own local spices extracts, and then returned to barrels for a second maturation,” he explained.

‘This process is responsible for its exceptional smoothness, full body, and rich space flavour to satisfy every palate and every drinker’s repertoire,” he said while pointing out that the product represents the vision of its management and the scientific knowledge of a team of technicians, chemist, biologist, food technologist, and chemical engineers that represent 75 years of blending expertise.

Among the persons present at the launch was Damani Brizan, son of deceased Prime Minister George Brizan. He was very pleased that the Grenada Distillers Ltd has developed the product. “This is a marvelous product… my father would be truly pleased with this,” said the young Brizan, who also had the opportunity to sample and receive a complimentary bottle as a gift from the company.

The first official retail bottle was unveiled by Chairman Leroy Neckles at the launch, which was attended by a wide cross-section of retailers, as  well as top hoteliers and outlets which focuse on selling high-end alcoholic products.

Trade Minister Oliver Joseph said the GDL has proven that it’s capable of producing world-class products, and their continuous development of new products is an example for other manufacturers to follow. “We need to export more if we are to reduce our import bill,” he said.

NOW Grenada is not responsible for the opinions, statements or media content presented by contributors. In case of abuse, click here to report.
Tags: alcoholblackclarke's courtgdlgoldgrenada distillerslaunchlinda strakernutmegrum
Next Post