The night-time lighting fixtures for the National Cricket Stadium will be funded through a loan from the Bank of Nova Scotia in Canada, through a loan agreement with Canadian Bank Notes and the Grenada National Lotteries Authority.

This was disclosed by Minister responsible for the NLA, Brenda Hood, during Wednesday morning’s post cabinet briefing. She explained that earlier in the year Government had given the NLA the authority to negotiate for the lighting facility.

“It will be a EC$12 million loan, which will provide for the lighting of the stadium and other projects,” said the minister, as she explained that lighting facility will provide an opportunity for Grenada to push its sport-tourism message, as another attraction for the island.

“This will now give us an opportunity to bid for evening and night games,” said Hood, who admits that Grenada is presently unable to bid for cricket night games, due to the lack of lighting facility at the cricket stadium. The terms and conditions of the loan were not disclosed to the media.

Hood who is also Minister for Culture, disclosed that the Simon Cultural Center in St Andrew will also undergo major infrastructural upgrade during 2016. She said that Government is having discussions with a friendly nation and institution, which will see the facility, which was destroyed by Hurricane Ivan in 2004, get a EC$4 million infrastructural upgrade.

She said that before construction commences, Government will undertake the necessary research to confirm that the land which houses the facility and the areas around it, is truly owned by Government.

The minister did not provide in-depth details about the upgrade, but gave the assurance that the improvement will bring lots of economic activities to the area. “There will be an area for training and development of persons,” she disclosed.

Simon Cultural Center is the venue for the semi-final rounds of the calypso competition for Grenada SpiceMas Carnival.

NOW Grenada is not responsible for the opinions, statements or media content presented by contributors. In case of abuse, click here to report.
Tags: bank of nova scotiacanadacarnivalcricketlightlinda strakerloanlotterynightnlascotiabankseamoonsimonspicemasstadium
Next Post 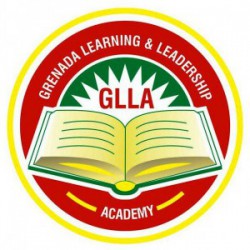