Groundation Grenada and GrenCHAP will be presenting at a special hearing at the The Inter-American Commission on Human Rights (IACHR) on Monday, 19 October at 5:45 pm, to report on the criminalization of relations between persons of the same sex.

Human rights refers to the equal and inalienable rights of all members of the human family. Everyone is entitled to these rights without distinction of any kind, such as race, sex, language, religion, political or other opinion, national or social origin or other status. GrenCHAP and Groundation Grenada are concerned that section 431 of Grenada’s criminal code, which criminalizes anal sex between consenting adults will be and is being used as grounds for prosecution. This is in breach of human rights guaranteed by international law, including rights enshrined in the American Convention, namely, the Rights to: Dignity & Privacy, Equal Protection Under the Law & Non-Discrimination, Health and Freedom of Expression.

Laws, as governmental directives are normative. Changes in discriminatory laws, like the law against unnatural connection, as well as statements, like the ones recently made by the Prime Minister Dr.Keith Mitchell at a Brooklyn town hall meeting, calling for tolerance, help to remove the basis of stigma underpinning animosity towards and discrimination against LGBTI (Lesbian Gay Bisexual Transgender and Intersex) people in Grenada.

The Inter-American Commission has a mandate to promote respect for human rights in the region and acts as a consultative body to the Organization of American States (OAS) in this area.  Installed in 1979, the Commission is one of the institutions within the inter-American system for the protection of human rights (“IAHRS”). This system historically has been driven by people from the Caribbean and Latin America. The Commission is composed of seven independent members who are elected in an individual capacity by the OAS General Assembly. While the members do not act as representatives of their countries of origin, almost all of the current members of the commission are citizens of Caribbean and Latin American countries.

The topics at this 156th period of sessions are as varied as the billions of people who call the Americas home. From 17 to 28 October, there will be a total of 57 hearings on a range of human rights topics including; Human Rights and Water in America, Human Rights Situation of Children in La Saline, Haiti, and Human Rights Situation of People of African Descent in Costa Rica. There will be a total of 5 hearings, which report on the situation of LGBTI people in countries such as Panama, Dominican Republic and Cuba.

NOW Grenada is not responsible for the opinions, statements or media content presented by contributors. In case of abuse, click here to report.
Tags: challengecolonialconsensualcrimegaygrenchapgroundationhearingiachrlawlgbtoassex
Next Post 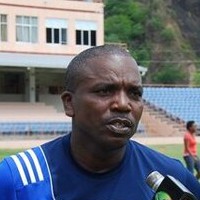