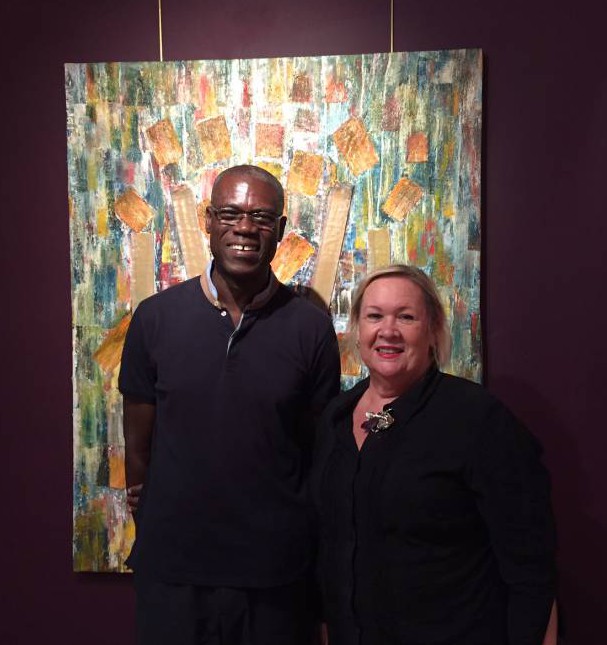 The paintings, depicting Benoit’s trademark layering and shrouding of colours are punctuated by squares and rectangles provoking a tension that is moving towards neither organization or chaos, but simply suspended in a moment of interpretation. There is an advantage in the simplicity of the forms as they are imitative of shapes on micro as well as macro levels. The paintings can be read on a cellular level as well as an aerial view of buildings. The flexibility in the interpretation of the forms creates an environment where the viewer can contemplate the ultimate thrust of the theme. It’s about ourselves. Benoit’s paintings are inspired by and accompanied by bricks that were part of a demolition of a historic building in our 300 year old town of St George’s. These bricks, while the product of colonial ventures, represent the structural elements that form the historical fabric of our national identity.

Further, the bricks represent a product of a system that imbues them with an intrinsic value. There is value in the human element of the labour that went into the production of the bricks, and the value in transporting them to Grenada in the ballasts of ships. There was value in the buildings and the appreciative value as a product of history. Finally, at arguably their most cumulatively valuable point in time, they were disassembled as a structure and relegated to a pile of rubble. Benoit contests that the bricks themselves retain their value even as a disassociated entities of a larger structure. The analogy is apparent and it applies to art as well as our sense of self and identity. How equipped are we to recognize value, whether it is in people, art, or historical buildings?

How tuned in are we to the processes and events that inject value into our collective (un)consciousness? Benoit’s bricks present an aesthetic interpretation of an idea that should cause us to pause.

Benoit is one of Grenada’s outstanding abstractionist painters. His work has been exhibited and collected worldwide. Presently he is one of the artists who represents Grenada at the National Pavilion of the 56th Biennale di Venezia, in Venice, Italy.

The exhibition will continue through 31 October, and admission is free. Art and Soul Gallery is located at Spiceland Mall in Grand Anse. Its opening hours are 10 am to 5 pm, Monday through Saturday.

NOW Grenada is not responsible for the opinions, statements or media content presented by contributors. In case of abuse, click here to report.
Tags: abstractanimaartart and soulcarl jungculturegalleryOliver Benoitpaintingsusan mains
Next Post 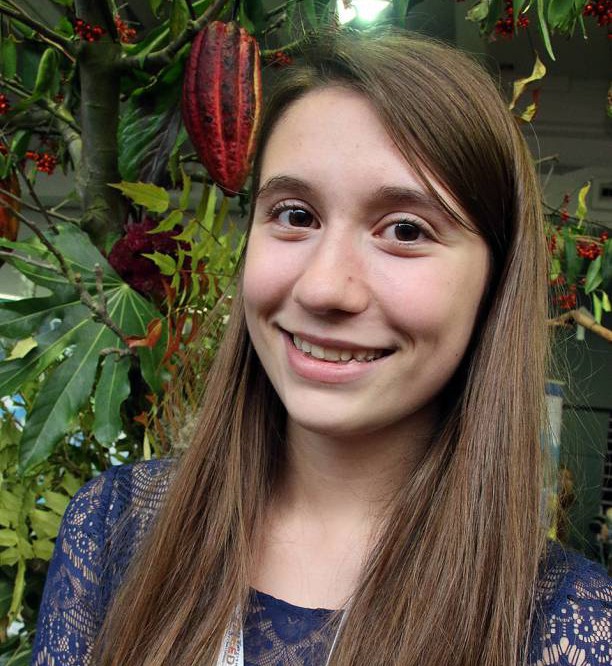