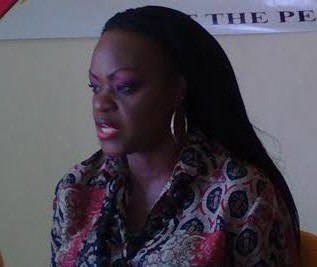 Former Chairman of the Public Service Commission, Gloria Payne-Banfield, was commenting in the wake of public statements from Jenny Simon, a spokesperson for the opposition National Democratic Congress.

Simon confessed to using investigative journalism methods to obtain the October roster for the Maternity Unit at the General Hospital during a news conference.

“She is putting someone in trouble. Government information, especially internal information, should not be, and cannot be all over the place,” said Payne-Banfield. Such information, according to the public service rule, are confidential Government records, and only persons who have the authority or permission should publicly share such information with the public.

“The rules are very clear about what can be published, and who has the right to publish Government information to the public,” said Payne-Banfield. “No one should be just quoting from internal information or records of the Government, especially if that person is not employed within the service”.

On Tuesday, Health Minister Nickolas Steele told the media that the shortage of nurses at the hospital, was among other things, due to absenteeism.

“No, I did not pose as a journalist, no I did not. Everybody knows who I am by now,” said the cosmetologist, who claims to be NDC spokesperson on health. “I had to do my own investigative journalism work yesterday after I heard the minister.”

Section 58 of the Public Service regulation says that a public officer shall not publish in the press or give to any individual any information, unless his/her duty requires them to do so.

“Any person or persons who engages in such is breaching the confidential clause of the public service regulation, and can be disciplined according to the regulation,” said Adrian Francis, President of the Public Workers’ Union.

When seeking government information and records which are not normally made public, standard procedure requires that a journalist request such information by formally writing the Minister, Permanent Secretary, or person in charge of the Unit, Department or Ministry.

NOW Grenada is not responsible for the opinions, statements or media content presented by contributors. In case of abuse, click here to report.
Tags: activistconfidentialitydoctorgloria payne-banfieldhealthhospitalimplicatejenny simonlinda strakerndcpoliticalpublic servicerecordrisk
Next Post