Whilst the doctrine of separation of powers together with the concept of the independence of the judiciary perform important roles in the formulation of constitutions, so too does the concept of the rule of law. The doctrine of separation of powers seeks to prevent the functions, personnel and powers of the major institutions of the state (i.e. the legislature, the executive and the judiciary) from being concentrated in any one body in order to prevent the abuse of power. The independence of the judiciary seeks to ensure that judges are insulated from being unduly influenced by extraneous factors such as political pressure from either the legislature or the executive so that the public at large would not be treated arbitrarily.

The concept of the rule of law performs a separate and more elaborate function. This concept is a legal maxim, which emphasizes that everyone is equal before the law regardless of social, economic or political status and that no one has immunity from the law which law must be well established.

Two main schools of thought developed over the years with regards to the concept of the rule of law. On the one hand, there is the formal conception of the rule of law, which makes no distinction between “good” laws and “bad” laws once those laws are well-known and provide certainty. Therefore, even if laws have been enacted, which are in breach of certain fundamental rights and freedoms of individuals, under the formal conception of the rule of law they would be considered to be effective laws. That is why some theorists have recognized the laws, which were passed against the Jews in Nazi Germany, despite the contention by most world bodies that those laws were not within the scope of the rule of law.

On the other hand, there is the substantive conception of the rule of law, which goes beyond the formal conception approach and distinguishes between “good” laws and “bad” laws. This school holds the view that the rule of law intrinsically protects some or all individual rights and freedoms. Today, many world organizations like the International Commission of Jurists (through their 1959 Declaration of Delhi), the United Nations (through the Secretary General’s official definition of the rule of law), the International Bar Association (through a 2009 Resolution) and the World Justice Project (through its four universal principles) have all stood alongside the principles as espoused by this approach to the rule of law.

It is reasonable to assume, therefore, that the modern tendency is for support to be given to the substantive concept of the rule of law. Framers of constitutions therefore must be very mindful of the types of rights and freedoms, which ought to be enshrined in constitutions. Those rights and freedoms ought to ensure that there are no arbitrary arrests, no excessive use of force; no secret trials and indefinite detention without trial; that any alleged offence must be chargeable under a law; there must be a presumption of innocence on the part of persons charged with an offence; persons charged must have the right to a fair and public trial without undue delay; there must be equality of all before the law; there must be an independent and impartial judiciary; and any punishment meted out must be rational and proportionate to the offence committed. Additionally, properties must never be allowed to be seized without due compensation being paid to their owners.

To a large extent, the rule of law presently prevails in Grenada and in other OECS countries as guaranteed by the various constitutions. However there would always be a need to review the constitutions in order to ensure their further consolidation. The situation today in Grenada is a far cry from that which existed during the rule of the People’s Revolutionary Government (13 March 1979 to 25 October 1983). During that period there was a complete breakdown of the rule of law. There were numerous arbitrary arrests, indefinite detentions without trial, and several properties were seized without due compensation being paid to their owners.

Regarding the United States of America today, one may reasonably come to the conclusion that in certain respects there is a partial breakdown of the rule of law. This assumption may be made in the context of the seemingly unwarranted killings of black people by police officers, including a recent killing of a twelve year old who merely carried an air pellet pistol and the indefinite detentions without charge or trial of a number of prisoners at Guantanamo Base in Cuba which base in under the control of the USA.

Modern constitutionalism has developed on the substantive principles of the doctrine of separation of powers, the concept of the independence of the judiciary and the constitutional maxim of the rule of law. It is most important therefore that we keep it this way.

NOW Grenada is not responsible for the opinions, statements or media content presented by contributors. In case of abuse, click here to report.
Tags: constitutionlawlawrence josephpowerseparation
Next Post 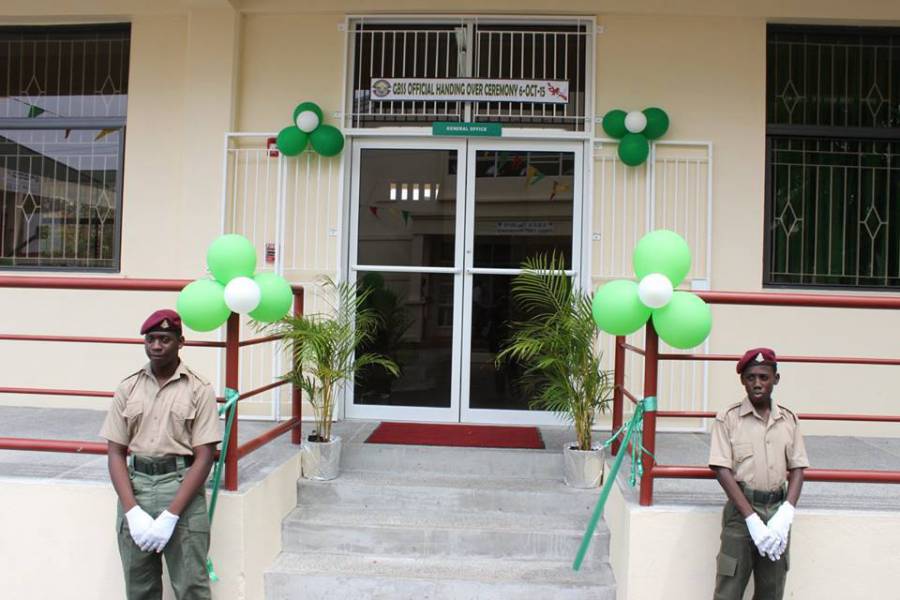