This story was posted 5 years ago
in Education
2 min. read 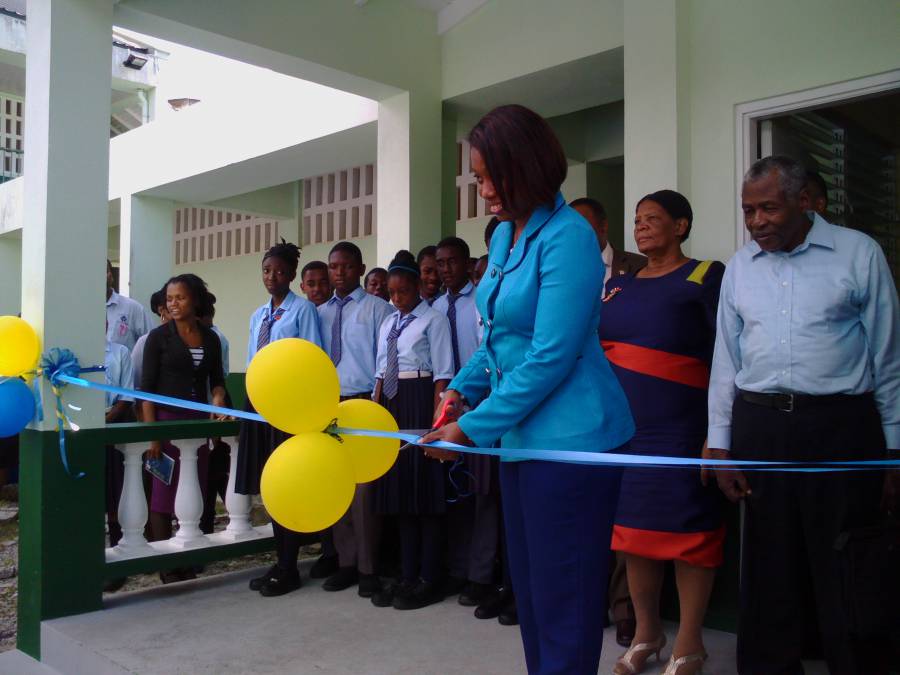 11 years after it was damaged and almost completely destroyed by Hurricane Ivan, the students and teachers of St John’s Christian Secondary School along with Grenlec, commissioned the use of the school’s new auditorium on Thursday, 29 October 2015.

Costing a total of EC$650,000 with EC$500,000 coming from Grenlec, the building was the last wish for the founder and first principal of the school Rev. Melvin Schaper, who died earlier this year. The previous auditorium was a central part of the school, but the new auditorium is a new structure adjacent to the school’s classrooms.

Acting Principal Anthony Wellington said that although the school did not have sufficient funding for the facility, construction began, and it began a phased process to the ultimate goal. “We started construction with the little we had and then stop, then continue when more funding became available,” he explained.

In 2013, Wellington approached Grenlec seeking the company’s assistance to cover the roof, but with education as a priority of its Community Partnership Initiative, the lone electricity provider decided to fund the entire completion of the auditorium.

“Education remains a priority of our programme, and we are honoured to have partners like St John’s Christian Secondary School, who through their own efforts encourage us to support their goals,” said Grenlec’s Representative Janelle Lyons, who expressed her delight to celebrate the official blessing of the auditorium.

“The school could not have gotten a better 50th anniversary than what was given to us by Grenlec,” said Wellington. “We will be internally grateful for this gift.”

Witnessing the commissioning were a number of other invited guests, including Member of Parliament for St John’s Alvin DaBreo, Ministry of Education Representative Dave Hopkin, persons from the school’s management committee, and others from the communication team at Grenlec.