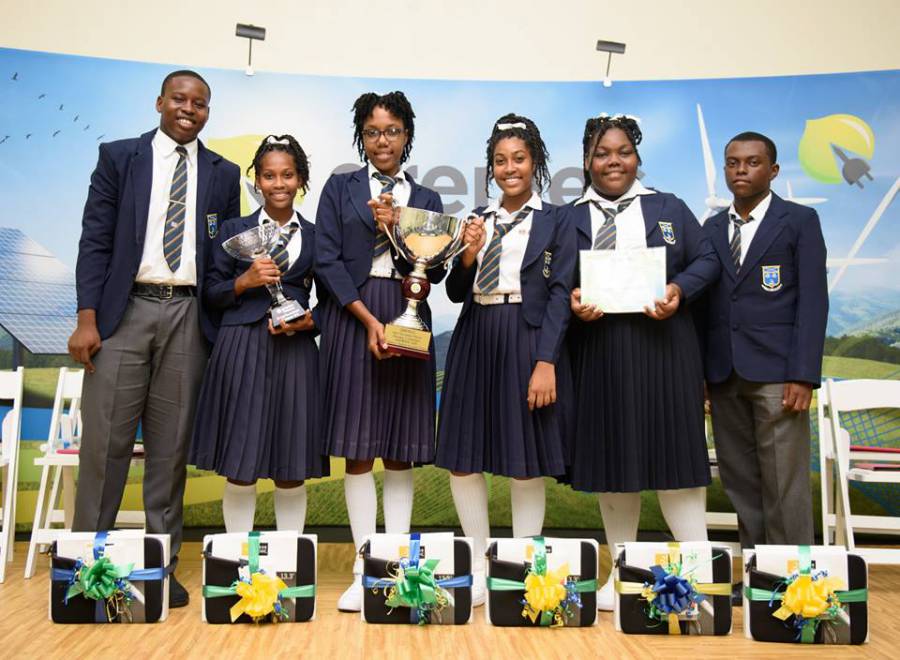 This story was posted 7 years ago
in Education
2 min. read

The St Andrew’s Anglican Secondary School (SAASS) is the champion of the 2015 Grenlec Inter-Secondary School Debates — claiming the title for the second time in 3 years.

SAASS went head-to-head with finalists from the Presentation Brothers’ College (PBC) on the motion: “Be it resolved that Trade Unions are fit for the 21st century economy.” The debate was described by one of the judges as “absolutely excellent.”

The second place team — PBC — underscored the benefits of Trade Unions in today’s economy, drawing specific reference to various occurrences in Grenada. SAASS rebutted the motion, by highlighting ways in which the economy has changed. At the end of the passionate debate, the Presentation Brothers’ College scored 1,150 points, while the St Andrew’s Anglican Secondary School emerged victorious scoring 1,183.5 points.

This year’s competition produced debates on a number of relevant topics and concluded with PBC and SAASS topping the list, followed by the Anglican High School and Bishop’s College in third.

The Sir Paul Scoon Top Debater Award went to Carina Blache of SAASS, who was awarded along with her teammates — a certificate, the challenge trophy, MacBook Pro laptops, and EC$20,000 towards a school project. For claiming second place, the students from the PBC also received coveted prizes, including tablets.

Speaking at the finals, Chief Education Officer, Mr Elvis Morain commended the students on their level of dedication to the competition. Grenlec’s General Manager and Chief Executive Officer – Mr Collin Cover, said the students must be applauded for their highly intellectual and well-researched debates.

NOW Grenada is not responsible for the opinions, statements or media content presented by contributors. In case of abuse, click here to report.
Tags: 2015anglican high schoolbishop's collegechampionshipdebateeconomyeducationgrenlecpbcsaassschoolst andrewtrade union
Next Post