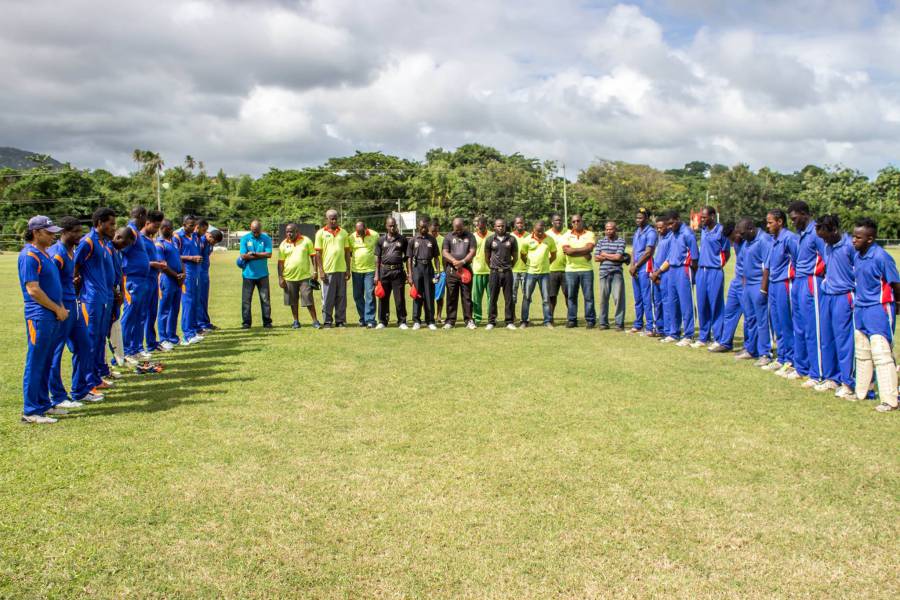 This story was posted 7 years ago
in Tribute
2 min. read

Cricket in Grenada has lost a true stalwart and faithful servant of the game, as former Administrator and Match Official, Evelyn Frederick, passed away on Saturday, 14 November 2015.

Mr Frederick gave a life of service to a sport that he loved. Long after his playing days, he served in various capacities, which included President of the St Andrew’s Cricket Council, Vice President of the Grenada Cricket Association, and West Indies Cricket Board (WICB) Match Referee.

He not only taught aspiring players within the classroom, but also guided and motivated them on the field of play. His contribution is one that was impactful and helped shaped the lives of numerous cricketers and the direction of the sport of Cricket in Grenada.

Dwain Gill, President of the Grenada Cricket Association (GCA), offered condolences to the family and friends of Mr Frederick.

“It is with great sadness that I learned of the passing of Mr Evelyn Frederick. On behalf of the Grenada Cricket Association and the cricketing community across Grenada I send condolences to his family and to all those he would have impacted.”

“We are forever indebted to the contribution and service given by Mr Frederick to the game. He was a true pioneer, a disciplinarian, servant and an ambassador of our sport and an example for others to emulate,” Gill added.

The GCA paid tribute to Mr Frederick by recognizing a minute silence on Saturday before the start of Match 2 on Game Day 3 of the NLA-GCA T20 Knockout II featuring MSO Exodus and H. M. Prisons.

NOW Grenada is not responsible for the opinions, statements or media content presented by contributors. In case of abuse, click here to report.
Tags: cricketevelyn frederickgcamournstatement
Next Post