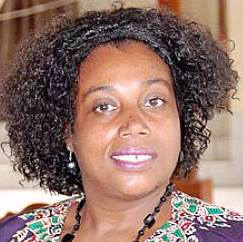 There are many findings from tribunals and the decisions by international agencies, which focus of the welfare of the family, that has led to coining of many new phrases, statements or words that tell the sad story of domestic violence and its impact on society.

Though there are some men who are also victims of that form of abuse, in reality that social scourge is one that has it greatest impact on the lives of women, who for various reasons are suffering in silence, because society believes that women cause that problem on themselves.

In Grenada, “domestic violence” means any controlling or abusive behaviour that harms the health, safety or well-being of a person or any child, and includes but is not limited to the following: physical abuse or threats of physical abuse; sexual abuse or threats of sexual abuse; emotional, verbal or psychological abuse; economic abuse; intimidation; harassment; stalking; damage to or destruction of property and entry into the applicant’s residence without consent, where the parties do not share the same residence.

In Grenada, there are many instances of women in abusive relationships who have had to flee so they can get a second chance at living a normal life. Just a quick look at data from the Grenada National Organisation of Women and the Police have shown that over the years more than ten women have died as a result of abusive domestic violence situations. We all will remember the lady in a suitcase!

Deciding to flee has its advantages and disadvantages, but many choose to do it, understanding the risks involved. Those risks include: disconnect from your relatives; losing one’s investment; the perpetrator following, or family members or agents of the perpetrators contacting, to satisfy the perpetrator’s need to emotionally and psychologically control the victim. Yes, it happens for various reasons, but the worst situation is when the authorities then believe that the persons at fault are the women, failing to understand that these women are victims who needs help, and not a perpetrator violating the law.

Some have recognised that this is a social issue which can have negative implications on states, so some wise persons thought it important to come up with some conventions to protect women and children. One such convention is the Convention on the Elimination of all forms of Discrimination Against Women (CEDAW) of which Grenada is a signatory. Hooray to that!

The two Covenants, together with the Universal Declaration of Human Rights, form the International Bill of Human Rights, setting out the civil, political, cultural, economic, and social rights that are the birth right of all human beings.”

The definition of discrimination includes gender-based violence. That is, violence that is directed against a woman because she is a woman, or that affects women disproportionately. It includes acts that inflict physical, mental or sexual harm or suffering, threats of such acts, coercion and other deprivations of liberty. Gender-based violence may breach specific provisions of the Convention, regardless of whether those provisions expressly mention violence.

Recommendation 19 also specifically addressed domestic violence as a form of discrimination against women, stating that “Family violence is one of the most insidious forms of violence against women. It is prevalent in all societies. Within family relationships women of all ages are subjected to violence of all kinds, including battering, rape, other forms of sexual assault, mental and other forms of violence, which are perpetuated by traditional attitudes. Lack of economic independence forces many women to stay in violent relationships. The abrogation of their family responsibilities by men can be a form of violence, and coercion. These forms of violence put women’s health at risk and impair their ability to participate in family life and public life on a basis of equality.

Right here in Grenada, there are women from other jurisdictions classified as “Women on the Run” and in some instances “Hiding in plain site” because of domestic violence situations facing them and their children.

I now ask, is Grenada as a state doing all in its power to ensure that women, whether national or from other jurisdictions who are victims of domestic abuse are protected, or are we creating a situation where agents of the state are engaging in discriminatory behaviour?

As we observe 10 December as Human Rights Day under the theme: “Our Rights! Our Freedoms! Always!” we need to be conscious that there are three sides to every story, my side, your side and the truth.

NOW Grenada is not responsible for the opinions, statements or media content presented by contributors. In case of abuse, click here to report.
Tags: cedawchildrenconventiondeclarationdiscriminationdomesticdvgbvgendericcprlinda strakerununited nationsviolencewomen
Next Post