Eyes on the Next General Election

Eyes on the Next General Election

This New Year, like in previous years, Grenada will be hosting or participating in regional and international sporting events, which are sure to provide us with moments of pride and joy.

We look forward, for example, to Team Grenada — led by our greatest sporting hero Kirani James — competing at this summer’s Olympics in Rio de Janeiro, Brazil. James is the defending Olympic 400-meter champion. And, our own National Stadium in St George’s is the venue for the 2016 Carifta Games and the final of the CONCACAF Women’s Under-17 football tournament.

However, regardless of the outcome of these events, and whatever celebration they may unleash nationwide with the success of our sportsmen and women, we anticipate that the discourse about our athletes and their achievements will only last fleetingly. We expect politics and the economy to dominate the national discourse for the better part of 2016.

The New National Party-led government is marking 3 years in office on 19 February. The government, judging from the remarks of Prime Minister Dr Keith Mitchell and his ministers during the recent parliamentary debate, seems upbeat about their stewardship of the country. And, it’s quite common in Westminster democracies in the Caribbean and elsewhere to call general elections in the third or fourth year of a government’s 5-year mandate. A few months ago, Belize’s prime minister called a general election — just 3 years in office — and was easily re-elected.

So, the possibility of a general election is certain not to be missed by Grenada’s political parties and their activists. They will conduct polling — if they already haven’t done so — to gauge their support among the electorate; and to determine where they need to recalibrate to increase their chances of winning the next general election, whenever the time comes.

The National Democratic Congress (NDC), demolished 15–0 in 2013, has suggested that a rebuilding has been well underway. One simply has to wait and see how that translates into votes and, more importantly, into seats for the party. The stakes are high for Nazim Burke, who took over leadership of the NDC in the aftermath of the crushing defeat by the NNP 3 years ago. Burke, the former finance minister, who is now a member of the senate, must try to bounce back and win a seat. As equally important, he also must get at least 7 other NDC candidates to win their seats; that way, his party would be able to form the government and he could be appointed prime minister of Grenada, Carriacou and Petite Martinique.

Two things have characterized the leadership of Dr Mitchell in the past three years: his emphasis and action to forge national unity, and a determination to once and for all place our economy on a longterm sustainable development path. Again, we’ll have to wait and see how this plays out in an election and whether Mitchell would win an unprecedented and historical fifth term as prime minister.

Listening to his budget presentation last month, Mitchell appeared to fancy his chances at the upcoming polls, given the performance of his government.

“For 2016, our economy is projected to grow, in real terms, by at least 3.0%” said Mitchell, who also is Minister of Finance.

The government is also buoyed by several employment-generating projects that will start, continue or will be completed this year. They include the Silver Sands and Riviera projects; and a $12 million investment in “Grenfresh” — a fruit-based product manufacturing plant at La Sagesse, St David.

There’s also Urbaniza Grenada’s plan to purchase at least three buildings on the Carenage and to renovate them for business opportunities, the prime minister announced. “It is expected that at least 50 to 75 jobs will be created in construction and another 50 when operations commence,” Mitchell said. “The seeds sown by our shared sacrifice are now beginning to yield a wonderful harvest — fiscal turnaround, sustained economic growth, rising employment and increasing opportunities,” he added.

“Your hard-working government is delivering. I say to the nation, we have come too far to turn back now. Let us continue to move forward together. Mr Speaker, tell me, which Grenadian really wants to go back to the days of political infighting, indecisiveness, joblessness, hopelessness, mounting unpaid claims and plummeting investor confidence? Not one.’’

None of us knows for sure how close or how far away the nation is from a general election, except to say that it is constitutionally due no later than mid-2018. But, one thing is certain: it’s going to be an election to remember, with all the typical Grenadian political spunk and energy and the usual sprinkling of wild entertainment.

NOW Grenada is not responsible for the opinions, statements or media content presented by contributors. In case of abuse, click here to report.
Tags: caribupdateelectionkeith mitchellndcnnppolitics
Next Post 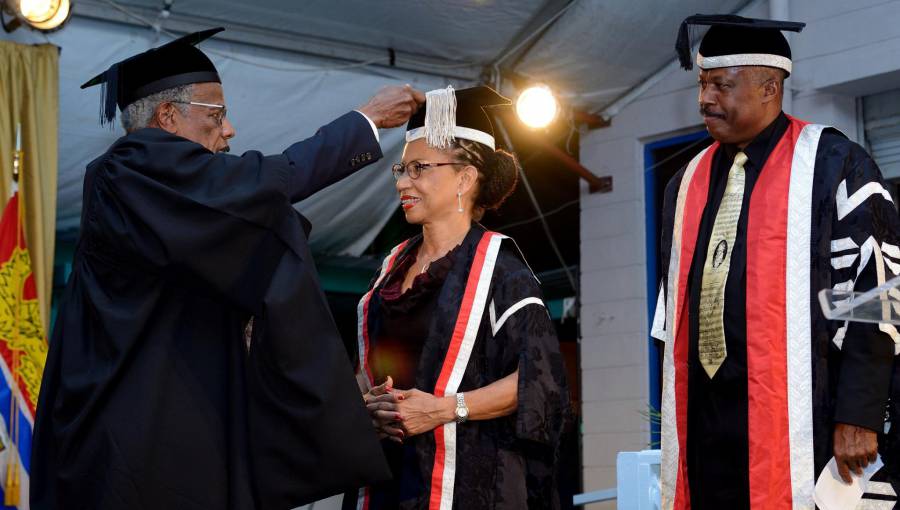