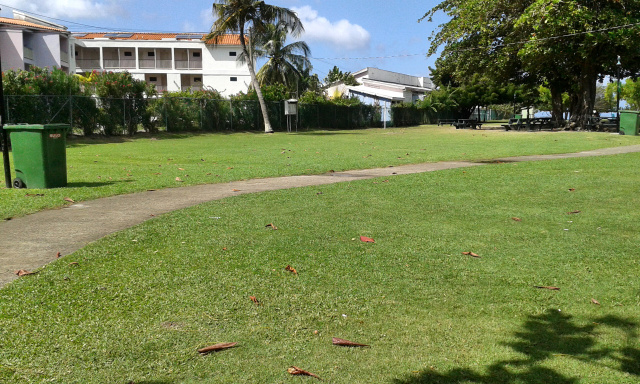 Government to Work Along With Critics on Camerhogne Park

Government to Work Along With Critics on Camerhogne Park

A leading critic of the Keith Mitchell administration is to serve on a broad-based committee being set up to explore the possibility of improving Camerhogne Park.

Health Minister Nickolas Steele announced on Monday, that former Government Minister Phinsley St Louis has agreed to serve on the committee being developed.

St Louis, who served under a previous National Democratic Congress administration, is known to be critical of the policies of the current administration.

“That individual is Mr Phinsley St Louis. And you would see over the last couple of days , that some of the programmes that would be aired tonight that he has been quite out spoken on it,” the minister said. “So we want to make sure that people’s interests, the Stakeholders are served”.

The Government is on a drive to assemble a team of persons genuinely critical of its policies to serve on that committee. It says the reason for involving critics is to ensure that decisions on the park are in the best interest of the people.

“To assemble a team of individuals who have been critical of Government Policies, not just this Government policy, but Government policies in the past that may have affected our Heritage and National Parks, etc.,” Minister Steele said.

“They are genuine on the issues and we want to have them participate in this process, interacting with architects, investors and planners, to see if there is a way forward for improvement.”

NOW Grenada is not responsible for the opinions, statements or media content presented by contributors. In case of abuse, click here to report.
Tags: camerhogne parkcommitteecriticgisgovernmentPhinsley St Louis
Next Post