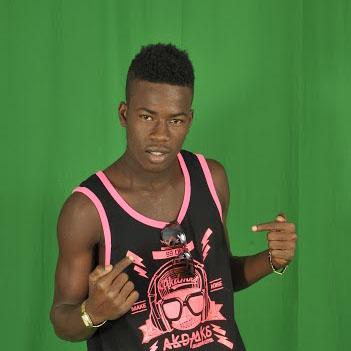 In the coming months, entertainer Jevaughn ‘Lil Vaughn’ John with the management of Spice Concoction will be collaborating with a number of well-known entertainers, that will see his music getting more exposure not only in the Caribbean but also in the African market.

On Wednesday he will launch a remix of “Whine Factory” with Jamaican entertainer D’Angel, and on 3 February will be also be launching a remix of “Carry On” with Mr Vegas and QQ. “Over the past months I have been very busy as the management team is working hard to make things work for me,” said Vaughn on Monday.

However, his biggest collaboration will come later in the year when he joins partnership with a Nigerian Prince who is described by African publications as among the richest entertainers in Nigeria — he will be collaborating with Prince Adetona Adeyemi popularly known as Tilla, who is an international recording/performing artiste, producer, video director and influential youth leader.

Tilla is the son of an African King and has signed to Aquila Records, a member of Shina Peller’s Aquila Group of Companies. Starting off in Nigeria before moving to Europe where he championed the course of putting Nigerian music on the global map, serving as a cultural exchange between Nigeria and the diaspora in general.

Lil Vaughn, who is from St Mark, burst onto the entertainment scene in 2007 with a soca tune for Carnival called “Charged Up.” Since then, he has released more than two dozen tunes and will soon be launching an album.