In Caribupdate’s first editorial of the New Year — the 7 January edition of the newspaper — we predicted that politics, and the economy to some extent, will dominate the national discourse in 2016. The editorial was titled, “Eyes on the next general election.”

We figured that political sparks would start flying after the hosting of events like the CARIFTA Games and the CONCACAF Under-17 Women’s football final, at the new National Athletic Stadium in St George’s.

2 weeks on, though, we have proven to be wrong. Already, we appear to be in the midst of the unofficial campaign to the next general election. Make no mistake; many Grenadians are really genuinely concerned about the future of Camerhogne Park in Grand Anse. But, there are those whose paramount consideration is politics and trying to gain political traction, individually and collectively, ahead of the next general election.

The National Democratic Congress, for example, would be disingenuous to deny that it’s seeking political mileage from the Camerhogne Park issue; notwithstanding the NDC’s grandiose statements about facilitating a meeting on Camerhogne Park that is “intended to be a non-political one’’; of protecting our “patrimony;” and of saving Camerhogne Park “for the use and enjoyment of all Grenadians.”

To be fair, one cannot blame the NDC for seeking political mileage and support from the Camerhogne Park matter. After all, it’s a political party and its raison d’être is politics. It’s the same way a business exists to make money, first and foremost. How can anyone, in his or her right mind, blame a company for making money? Or, blame a bowler for taking wickets at cricket? Or, blame a football striker for scoring goals? Or, blame a political party for playing politics?

The NDC’s very political future might be at stake, depending on how the party fares at the next national polls. A defeat, no doubt, will be disappointing for the Nazim Burke-led NDC; a 15–0 defeat — which would be third in the party’s history — will be a crushing blow to the NDC. And, if one were to believe well-known Caribbean pollster and political observer, Peter Wickham, the NDC faces an uphill task in winning Grenada’s next general election.

Wickham’s assessment is that the NDC, at the moment, does not stand a chance of winning, saying “my sense is that the outcome of the next election is almost a foregone conclusion.”

“I don’t think that Nazim necessarily has the stuff that people are looking for,” Wickham argues.

Add to the political mix, accusations of the targeting of those who are, or seemingly are, opposed to the government. The most serious accusation has been leveled by Ray Roberts, the representative for the trade union movement in the Senate.

The Senate, by the nature of its work, is part of the country’s political system. Therefore, those who sit in the hallowed chambers are involved in politics, although they may wear other hats when the Upper House of Parliament is not in session.

Sen. Roberts, as is his right as a Grenadian citizen, has made it abundantly clear that he is against any attempt to relocate Camerhogne Park.

But, he says a recent news release from the Government Information Service (GIS) “highlighted’’ his name, and this has left him “concerned’’ about his safety.

“Clearly, the government through the Minister of Information and GIS have targeted me for their supporters,’’ contends Roberts. “I hold the Prime Minister and Minister of National Security responsible for my safety in this volatile debate,’’ he added. “I am convinced that the GIS action is purposefully done — all designed to discredit me in the eyes of the public.”

One cannot dismiss the claims of Senator Roberts. However, there must be something specific — some specific threat, some clear and present danger that he has seen or felt — that the Senator has not made public to this point; because name-calling of Senators, MPs and political activists is a daily, weekly and habitual occurrence in media and on talkshows in Grenada and elsewhere.

One remembers some members of the former NDC government, which was in office from 2008 to 2013, being pilloried constantly in the media and being accused of some of the most heinous crimes in any country — treason and attempt to overthrow. Yet, none — even when 10 of them were expelled from the NDC — appealed for the intervention of then Prime Minister and Minister of National Security, Tillman Thomas, to protect their lives and limbs from possible attacks.

Nonetheless, we still would urge Dr Keith Mitchell, the current Prime Minister and Minister of National Security, to seriously consider the claims of Senator Roberts.

As the nation moves from unofficial election campaigning to official campaigning, let not the politics degenerate into mudslinging and unnecessary tribal fighting. Worst, yet, there should be absolutely no threats or violence against anyone — whether member or supporter of the NDC, New National Party, National United Front, Grenada United Labour Party, or any other political group.

We urge the Royal Grenada Police Force to be vigilant and to take decisive action against anyone threatening violence or acting violently.

NOW Grenada is not responsible for the opinions, statements or media content presented by contributors. In case of abuse, click here to report.
Tags: camerhogne parkcampaigncaribupdateelectiongisndcnnpRay Roberts
Next Post 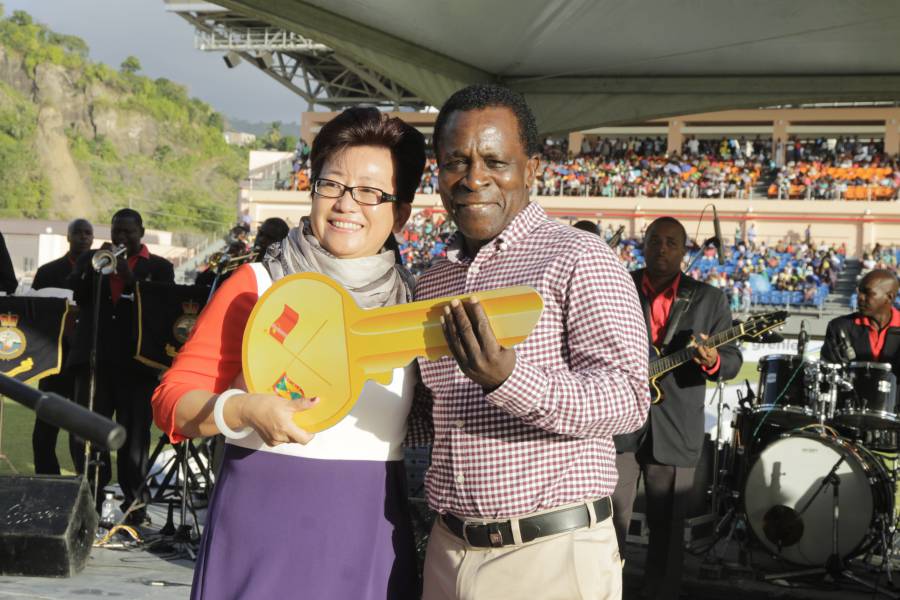