This story was posted 6 years ago
in PRESS RELEASE
7 min. read

Address to the Nation
42nd Anniversary of Independence
7 February 2016

Theme: Striving towards our destiny with faith and courage as one people.

We woke up today to another brilliant sunshine — that eternal ray of light that has shown us the way for these past 42 years.

And as one generation continually passes the baton to another; and as we continue to renew both our faith and spirit, we know that every day the future beckons. Every moment signifies a new morning in Grenada.

More than half of our nation was not yet born when the Union Jack — the British flag — was lowered for the last time — and in the dark, and amidst political rumblings, the nutmeg and stars emerged on that historic night, as 6 February turned into 7 February back in 1974.

That darkness is long gone.

I have always had immense faith in this nation. We have risen above the toughest of times. We have wiped our tears and manfully built a nation.

We have picked up from the ashes of a once-in-a-generation hurricane.

And we are all proudly here today: More hopeful than ever. Prouder than ever. More resolute than ever.  We are all so very happy and grateful to be the sons and daughters of this place where it is always morning.

So let today be a resounding salute to the past and a ringing endorsement of what is still to come.

Grenada’s footprint in the world is larger than our 133 square miles — and we have watched, with both amazement and pride, how our many men and women, boys and girls, from simple villages and hamlets, have taken their places in the world and have carved out their own spaces.

The red in the flag signifies the fire that has molded Olympic champions; world-class academics; regional and international public servants; innovators; inventors — but most importantly, a nation of spirited people who fear God, respect each other and who have brought new meaning to that simple word — dignity.

For when visitors come here and they say they have found the nicest people in the world, they know it’s not an act. They know it’s authentic. They know that’s who we are.

And it is that culture which we all glow in today — on another day that is once again — a Grenadian morning.
To use the lingo of our times: Take a bow, Grenada.

Toward the end of 2015, we all proudly watched and applauded as our Grenadian sister and regional scholar, Dr Eudine Barriteau, was installed as the Principal of the University of the West Indies Cavehill Campus. Around the same time, another Grenadian-born sister, the well-accomplished research consultant and entrepreneur, Mrs Celina Caesar-Chavannes, was appointed Parliamentary Secretary to Canada’s new Prime Minister, the Right Hon. Justin Trudeau.

In early January, we joined hands in collective pride and admiration, as our esteemed brother, our now former Permanent Secretary in the Ministry of Finance, Mr Timothy Antoine, was chosen as the next Governor of the Eastern Caribbean Central Bank. On 1 February, he began his official appointment.

We also specifically honor all our Independence Awardees today.

The highest honour has gone to several of our proudest sons — Dr Lamuel Stanlislaus — a worthy professional, businessman and diplomat — indeed a man for the ages.

That honorable son of Carriacou became a respected and well-known servant of the people. Even now in his twilight years, he continues to willingly impart his knowledge and experiences.

A long-serving Speaker of the House of Representatives — that simple boy from St Andrew’s, has become a proud citizen of indeed the entire Caribbean.

Today, as well, we pay homage to the late great journalist Leslie Pierre.  A man, who, through his career, drew a road map for fairness, fearlessness and forgiveness. He had a fierce sense of journalistic balance, which all aspiring and practicing journalists would do well to emulate. He was the consummate professional — a man of strong convictions and ideas; he also defended everyone else’s right to have one — even when it was contrary to his own.

These elderly statesmen, alive or deceased, and others who have gone before, in their own ways, have inspired this current generation – among them, the likes of Kirani James and Timothy Antoine, who are also among this year’s awardees.

So today, as we celebrate 42 years since we achieved our desire for nationhood — and have succeeded in building a respected democracy, we must always remember the most important commodity in our continued march toward consolidating our successes and reaching for more — that is unity of purpose.

Symbolically, each year we mark our anniversary with celebrations that bring us together, as we remember with deep gratitude those who sacrificed for the freedoms we now deeply cherish.

As we move forward, that unity becomes, even more, apparent and necessary. It is telling that our first plea to the nation three years ago upon assuming office was the need for us to unite as a country if we were to successfully tackle the economic and human despondency which we faced.

That our people have answered the call for unity and to put country first is an achievement we should all appreciate and continue to consolidate. We have indeed witnessed in the last couple years, a change in our patriotic responsibility.

Today, therefore, is a day of gratitude, of reflection, and of hope.

It is unity that will afford us the ability to rise against pettiness and divisiveness.

We have channeled that unity before to dig us out from the pit of destitution; to hurl back the challenge of misguided philosophies of hate and despair that have periodically threatened our progress, prosperity and stability.

And so, we must channel our unity to put country above selfish aspirations.

We must channel our unity to rise above political, religious or other differences when our country’s development and future are at stake.

The anniversary of Independence is an opportune occasion to challenge all citizens — at home or abroad — to recommit themselves to working for the national good, by tapping into that spirit of “grenadianness;” that spirit of resilience, hard work, genuine love for each other and for Homeland.

We need to celebrate this together and no patriotic Grenadian should ask us to do otherwise; for calculated political or other reasons.
Sisters and brothers, our beloved country is making considerable progress in its development trajectory.

The remarkable thing is that we have realized this together because we understood that we could not go it alone — not as a government and definitely not as individuals.

The collective sacrifices of our people are recognized, respected and appreciated.

The leadership, commitment, vigilance and unity of the Social Partners, working with Government, to ensure the success of the Homegrown Structural Adjustment Programme, must be lauded.

Indeed, our working relationship with our Social Partners, with our collective pledge to put Grenada first, has become a model in our region and has definitely helped to propel the recent economic performance of Grenada, Carriacou and Petite Martinique.

Let us never take what we are doing here for granted. Our Social Compact is revolutionary.

Today, our country is differentiating itself in the Caribbean in a number of areas: our economy is growing at a faster pace than originally predicted; our safety and security are unquestionable; our Islands are pristine and attractive, and our productive sectors are demonstrating serious improvements.

Our focus must be on helping to build each other; not fall prey to isolationist principles that undermine our stability and our ability to secure our Nation’s future.

Eternal vigilance is a small price to pay for stability, prosperity and unity.

Across our land, we see men and women taking the lead in finding solutions to issues that directly affect them.
Today, we celebrate initiative; we celebrate hope, and we celebrate the will of the people to chart their own course and destiny.

Good morning everyone, for indeed it is perpetual morning in Grenada; a fertile and blessed place, where hope springs a new shoot at every daybreak.

I thank you very much — and may God continue to Bless our Nation!

NOW Grenada is not responsible for the opinions, statements or media content presented by contributors. In case of abuse, click here to report.
Tags: 2016addressindependencekeith mitchell
Next Post 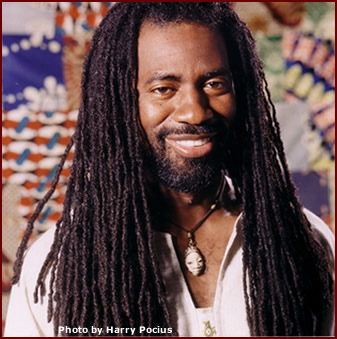