42 years ago on 7 February 1974, Grenada’s Constitution became effective. The present exercise of reviewing the Constitution therefore with a view of identifying areas which may need upgrading is long overdue. It is most significant therefore that on the 4 December 2015, six Constitution Amendment Bills were laid in the House of Representatives for First Reading. Perhaps the most significant Bill amongst the cluster is the one entitled: Constitution of Grenada (Rights and Freedoms) (Amendment) Bill 2015. This Bill seeks to significantly improve fundamental rights and freedoms of individuals, lays down the constitutional basis for the recognition of gender equality in the state and sets out general guidelines as to how the state should be governed.

New areas of fundamental rights and freedoms which are being proposed include: equal rights for persons whether born in wedlock or out of wedlock; the right of a child up to 16 years of age to have access to publicly funded primary school education; the right of a child with a disability up to 18 years of age to have access to special education in accordance with his or her needs; the right of a person who is arrested or detained to have access to a lawyer of his or her choice without delay; the protection for intellectual property which includes works of creation of an intellectual, artistic or cultural nature (inclusive of the works of calypsonians) whether in word, in picture, in drawing or in any other form of presentation.

The Bill also proposes to widen the grounds of discrimination which are to be constitutionally prohibited for the benefit and protection of individuals within the society. In this regard, the usual discriminating words of “race, place of origin, political opinions, colour, creed or sex” are to be deleted and the words “colour, creed, disability, ethnicity, language, place of birth, national or social origin, political opinions, race, religion, sex or social class” are to be substituted.

Gender is defined as the range of characteristics pertaining to, and differentiating between male and female — gender equality is being stated as reflecting the view that men and women should receive equal treatment and should not be discriminated against based on gender.

The Bill also proposes new and revolutionary sections which deal with establishing directive principles which seek to give general policy guidelines to the state. These policy guidelines refer to the duty of the state to protect the environment; to deal with climate change and other natural disasters; to aim at enhancing the supply of food, water and health facilities, and to exercise fiscal responsibility. The guidelines also seek to protect children generally and persons who are duly certified as being challenged physically, visually, aurally and or mentally. It is being proposed that these persons have a right to an enabling environment to develop their talents so that they may contribute to national development. Whilst these guidelines by themselves are not enforceable in a court of law, parliament may legislate to make them so.

As may be garnered from the above discussions the Bill pertaining to human rights and freedoms is far-reaching and definitely enhances the fundamental rights and freedoms of individuals. The Bill seems to be most rational. It will be most difficult to contemplate that any rational thinking person will say “NO” to this Bill on Referendum day.

NOW Grenada is not responsible for the opinions, statements or media content presented by contributors. In case of abuse, click here to report.
Tags: constitutiondiscriminationeducationequalitygenderhuman rightsindependencelawrence josephreferendumreform
Next Post 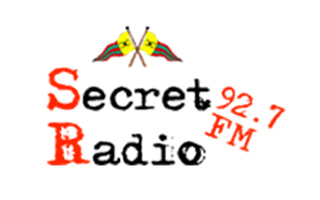