Grenadian Hotel vs Government of Grenada

Grenadian Hotel vs Government of Grenada

A judge in Grenada is set to hear arguments in a matter that will determine whether or not Government can proceed to acquire the Grenadian by Rex Resorts through the Land Acquisition legislation, which provides for the states to acquire any property for a public purpose.

Justice Gerhard Wallbank will hear the arguments in the No. 4 High Court on Friday at 1 pm. Dickon Mitchell of the law firm Grant, Joseph and Co. who is representing the resort, said that his law firm has made an application for an injunction to prevent Government from acquiring the property, and at the same time an application for judicial review.

“We are asking the court to do two things, and the ruling will determine the next step,” Mitchell said on Thursday.

A notice published in the 5 February 2016 Government Gazette was the first indication of Government’s intention to acquire the property, which is built on 30 acres of crown land that was leased to Grenadian Hotel Limited in July 1991.

Grenada’s Land Acquisition legislation provides for two notices to be published in the Gazette to formally start the process of acquiring land. A second notice is yet to published.

Member of the Economic Investment Committee, Hon. Nickolas Steele, who also serves as the Minister for Health, in a recent press briefing said that the placement of the notice was to bring the hotel’s owners and management to the negotiating table.

In a news briefing on Tuesday, Agriculture and Lands Minister Roland Bhola said that the property’s management was in violation of the lease agreement with regards to quality of accommodation offered and the service.

He said that the lease agreement provides for the resort to be managed as a 5-star, but presently that is not the situation. “They basically operate the facility as a hostel, now you hardly have any tourists or anything going, it’s just students from SGU, so as dorms, they just use it as dorms. The entire facility is rundown,” said Bhola.

However, in a fact sheet submitted from the Washington DC-based FTI Consulting which is doing media relations for the Resort’s Management, stated that “The Grenadian is currently at 88 percent occupancy.” It also provides fact sheets on the number of conferences held at the property over the years, as well as quotes from individuals who resided or held a function at the property.

One of these persons is former Permanent Secretary in the Office of the Prime Minister, Mrs Elizabeth Henry–Greenidge, Organizer of the UK–Caribbean Forum: “Your exemplary service contributed to the overall success of this Conference and our Special Guests went away with special memories of the warm hospitality of the Spice Isle.” 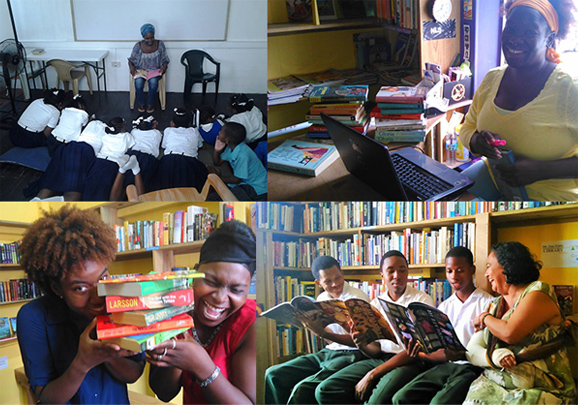