Over the last little while, I heard about protest action about — and in —Camerhogne Park in Grand Anse, St George. There also have been public meetings on the issue, candlelight vigil and petitions, which have been met by public statements from Government — no less the Prime Minister himself — who kept insisting that no decision has yet been made with regard to Camerhogne Park.

I’ve followed the Camerhogne Park issue closely, wondering what is really happening. I had to wait until Sir Lawrence Joseph published an article, titled “Camerhogne Park and The National Interest,” to get a fair appreciation of what was the real issue.

According to Sir Lawrence, a developer has proposed to the Government to invest EC$270 million to build a hotel on lands formerly occupied by the Riviera Hotel. The proposed hotel project could also extend to utilizing lands now known as Camerhogne Park.

In exchange for the Camerhogne Parklands, the developer is said to have plans for developing another green space, in the area formerly occupied by the now-defunct Knight’s Inn Night Club; an area approximately 0.5 acre less than Camerhogne Park. This, no doubt, is a brave and bold and transformational initiative. I would dare say visionary, as well.

The argument against the relocation of the park, as I understand it, and to quote from the petition now being circulated with allegedly approximately 15,000 signatures, says that Camerhogne Park “is a leisure spot for decades”; a place where “families and friends have made many memories.”

Reading the argument of the persons who are opposed to the relocation of the park, one gets the idea that it is the green space with its beach front, parking facilities, leisure space for picnics and family outings and so on, that are the most guarded and sacred interests that need to be preserved.

The “Save Camerhogne Park Committee” is opposed to any relocation; notwithstanding another green space — within a short distance — will be created.

The Camerhogne Park, truth be told, is of no remarkable historical significance. The word, “Camerhogne”, is the name given to the island by its early inhabitants and that is its only real connection with history.

However, to say no to any relocation is a non-negotiable position, which is quite robust and inflexible, in my respectful view.

Furthermore, Camerhogne Park is not as a result of any strategic physical planning development for Grenada. Its presence — as most of our national development thus far — is the outcome of an ad-hoc plan, whether we like it or not.

The current Government now has an excellent opportunity to broaden the discussion as to what is the strategic plan for the Grand Anse beachfront moving forward. The agenda, in my respectful view, should not be limited to that space.

Let us take, for example, the colonial legacy of the Catholic Church and a cemetery on the Grand Anse Beach. Surely, as a Catholic myself, it is not blasphemous to have a discussion to relocate the church and its pastoral residence. The cemetery, however, makes that thought much harder to contemplate. It is now difficult, if not impossible, to move a cemetery that has been there for generations. Notwithstanding those facts and challenges, I strongly contend that the site is not a safe and secure location for a cemetery; it is situated under a busy motorway. Suffice it to say that in other societies, it is not unheard of for cemeteries to be relocated.

The point is, the cemetery area is prime real estate that can be used for economic development. And, the Church knows all too well about how one should use their talents. After all, that’s a biblical lesson.

One may consider, too, the St George’s University (SGU) that has moved most of its business to its world-class True Blue campus but still retains some operations on its old Grand Anse property. It is ideal, as well, that SGU’s Grand Anse Beach site be developed as a first-class hotel to add more value to our room-stock, and again to further maximize the potential of the beachfront.

I fully understand the sentimental value of Camerhogne Park and the emotional attachment that persons would have to it. It is not easy to see something that you have been using for years being ploughed up and replaced. Of course, those who are in defense of the park have a democratic right to do so and that should be respected.

On the other hand, the path on which the government has embarked must be applauded. The consultation and public education must be ongoing, allowing nationals to give their views after the facts are shared with them. As well, there should be radio and television programs to disseminate information and to receive feedback. In doing so, democracy comes alive.

However, as a people, we must be open-minded and receptive to change. We must be objective in assessing situations and be able to make mature decisions.

Grenada has few beaches and limited resources: limited land, limited investment opportunities, limited human resources, and so on. How do we maximize our limitations for the advancement of our people?

I will never advocate that we sell everything out to whomever may come. Far from it! However, I believe we need to be smart in doing our business.

We are still some distance away in competing with St Lucia and Antigua as OECS countries, with regards to our tourism sector. In my opinion, the Mt Hartman Project, the Silver Sands Hotel now under construction in Grand Anse, and this new proposal for the Riviera site will go some way in keeping pace with these OECS islands.

Every year, more of our students leave schools, colleges and universities, looking for jobs. Government past and present, keep promising jobs, whilst opposition parties and groups clamour for more employment opportunities. The tourism sector, more than any other sector, is poised in the short to medium term to create some sustainable jobs; and, with those jobs, other sectors — notably agriculture and fisheries — stand to benefit. Other potential beneficiaries are taxi drivers, tourist vendors, craftsmen and women, and entertainers.

So, it is good that the Camerhogne Park debate is ongoing and citizens are having their say, one way or the other. I hope that the debate does not descend into name-calling but will be based on the issues.

I agree with Sir Lawrence that the real question is, what is in the best interest of the country? At the end of the day, that is the question that has to be answered.

Personally speaking, Camerhogne Park should be relocated and the hotel built. Grenada benefits.

NOW Grenada is not responsible for the opinions, statements or media content presented by contributors. In case of abuse, click here to report.
Tags: arley gillbeachcamerhogne parkdevelopmentemploymentgrand anseinvestmentlawrence josephpetitionprotestrivierasilver sandstourism
Next Post 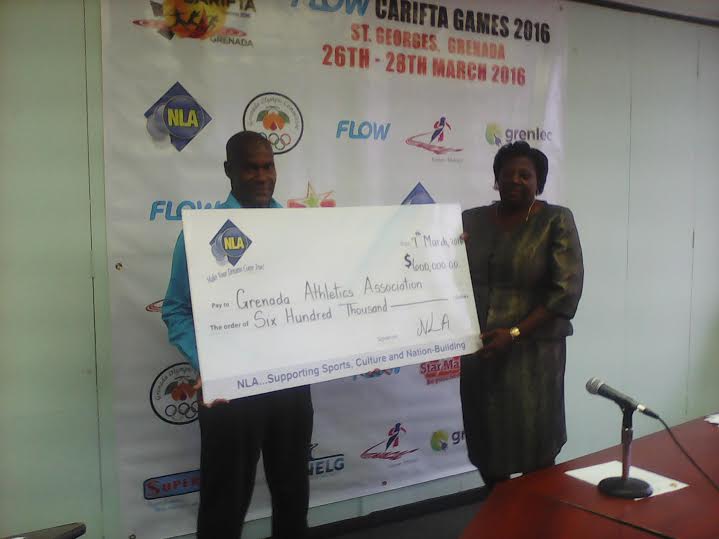