Visit to Family of Fallen Officer

Visit to Family of Fallen Officer 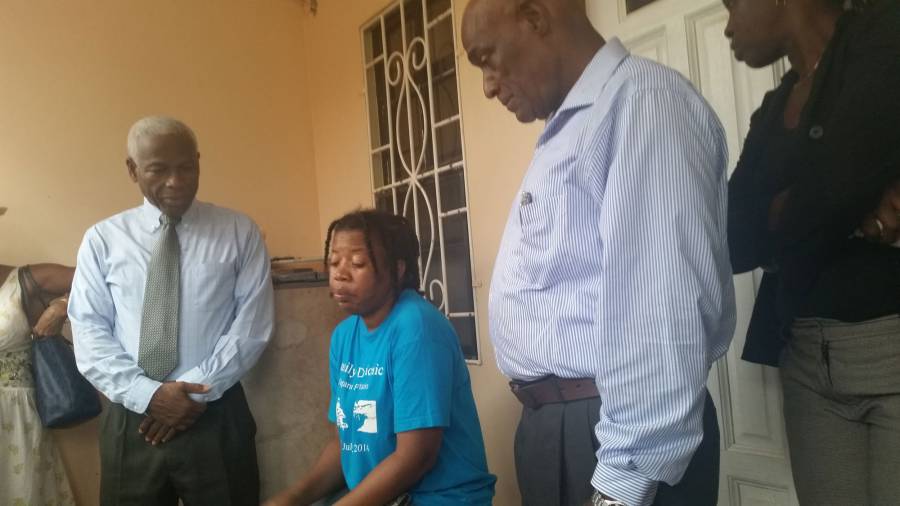 Acting Prime Minister, Hon. Gregory Bowen, has conveyed deepest sympathy, on behalf of Prime Minister Dr Keith Mitchell, who is out of State, and indeed on behalf of the Government of Grenada, to the wife, children and other members of the family of fallen Police Officer, Corporal Daniel Edgar.

Corporal Edgar, who was attached to the Western Division, tragically lost his life from gunshot wounds, after responding to a call at a farmland in St Mark on Wednesday, 20 April.

“We cannot begin to imagine the pain you feel, but we grieve with you, because all of us who knew Corporal Edgar understand how much of a tremendous loss this is to the Force, and to the entire Nation,” Minister Bowen told Mrs Edgar. He went on to speak of Edgar, whom he had known personally, as a “genuinely good guy; one of the nicest officers.” His was a sentiment also expressed by the Commissioner and the ACP.

According to Commissioner James, “Edgar was not only one of the nicest guys to work with; but he was a very effective police officer, who had served the Force with excellence for over 20 or so years.”

Minister Bowen assured the family that “the government shares their sorrow and pain and through the Ministry of National Security, will continue to provide support through the healing process.”