Imagine if we had woken up one morning, gone to the Ministry of Finance and seen a notice of a tax increase posted on the ministry’s doors; or gone to the National Water and Sewerage Authority and be confronted with a posted note of a new service fee.

Surely, political activists would have cranked up their protest machinery and the airwaves would have been pregnant with righteous indignation from talk show hosts and angry armies of callers.

Yet, when RBTT recently subjected its customers to a brand new service fee — transmitted via a posted notice on the bank’s door — the public’s response was relatively muted, to say the least. Some annoyed customers even said they did not want to appear on TV camera voicing their disapproval.

For a people who, at the drop of a hat, would demand the resignation, dismissal or removal of elected public officials, we have become rather timid — almost fatalistic — in our interaction with the private sector; shrugging our shoulders, as a sign that we are helpless, in dealing with the business community.

And, to add insult to injury, RBTT officials have remained mum on the new service charge, saying they will issue an official statement on the matter — sometime in the future.

Whether the service fee is warranted or not, Caribupdate Weekly does not know. What concerns us is the manner in which it was announced and implemented.

Further, we would like to know who protects Grenadians from commercial banks’ tendency at what seems — at least to the layman — to be random fee increases and the imposition of new service charges, announced in whatever style and fashion the banks fancy.

RBTT’s new fees are impacting, among others, the holders of personal accounts. Such accounts are kept by many with lowly incomes; kept by pensioners, and by Grenadians who depend on remittances from relatives in the Diaspora to make ends meet.

Grenadians with “real money,” as we would say, and with business and banking skills — or with the means to pay for such services — can always find ways and means to shelter their cash to avoid and reduce penalties, commissions and service charges that are slapped on customers by commercial banks.

Banks have their association and the Grenada Chamber of Industry and Commerce looking out for them. Customers, especially the poor man and woman with their little savings’ accounts, need somebody to look out for them.

And talking about money, it’s been a long time since Grenada or any of its Caricom neighbours received a significant injection of cash from the United States of America for major economic development, educational or health projects.

What we have had a lot of from the US are hyped-up visits to the region by their presidents — from Bill Clinton to Barack Obama — for the Summit of the Americas, for instance; and plenty of lecturing us and offering us assistance to deal with drug trafficking and drug interdiction.

But if we believe things have been bad, this newspaper predicts they’ll only worsen under a Donald Trump or a Hillary Clinton, the two candidates now leading the race to become the next President of the United States. Regional governments, including Grenada’s, must face up to the reality that neither Trump nor Clinton is likely to have any abiding interest in the English-speaking Caribbean.

Trump, as president, would have his hands full with a Republican Party and a country deeply divided over his leadership and his policies; and with his focus on countries like Russia and China; and with him trying to fulfill his campaign promise to build a wall along the US/Mexico border.

We are unlikely to fare much better with a Hillary Clinton presidency, based on her track record and that that of her husband.

Clinton, as Secretary of State, attended the Summit of the Americas in Trinidad in 2009 and e-mails later revealed that she was unimpressed and bored to death. During the summit’s opening, she e-mailed her Chief of Staff Cheryl Mills, saying: “Count your blessings since I am sitting thru, as of now, 2 hours of speeches. Not done yet and still have cultural performances to go.”

What’s more, Hillary Clinton’s husband singlehandedly brought the Caribbean’s banana industry to its knees. President Clinton successfully lobbied for the removal of preferential treatment and protection for Caribbean bananas in Europe; thus, opening up the European market to cheaper bananas grown in Latin America by Dole, Chiquita and Del Monte. Those US companies then controlled some two-thirds of the world banana market, compared to just three percent for Caribbean growers.

Randall Robinson, an African-American lobbyist for Third World causes, was among those upset by President Clinton’s action. He said: “I think it’s unforgivable that Clinton, who has enjoyed more support in the black community than Jesse Jackson and Colin Powell, according to polls done in the early nineties, would do what he has done to Caribbean banana-based economies.”

So, whether it’s Donald Trump or Hillary Clinton occupying the White House starting in January 2017, one thing is almost certain: Grenada and the rest of the Caribbean Community are unlikely to register massively on the radar of the new President of the United States, especially in receiving development financial assistance.

NOW Grenada is not responsible for the opinions, statements or media content presented by contributors. In case of abuse, click here to report.
Tags: bankbusinesscaribupdatedonald trumpfinancehillary clintonrbtttax
Next Post 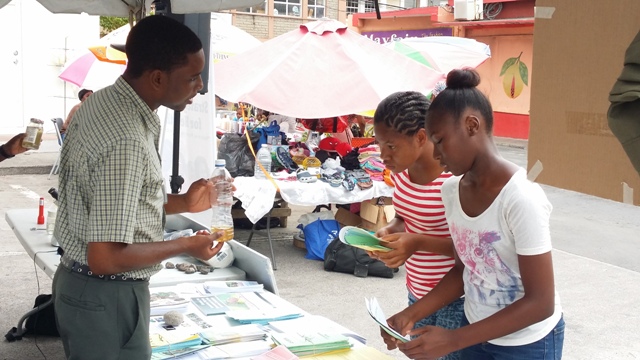