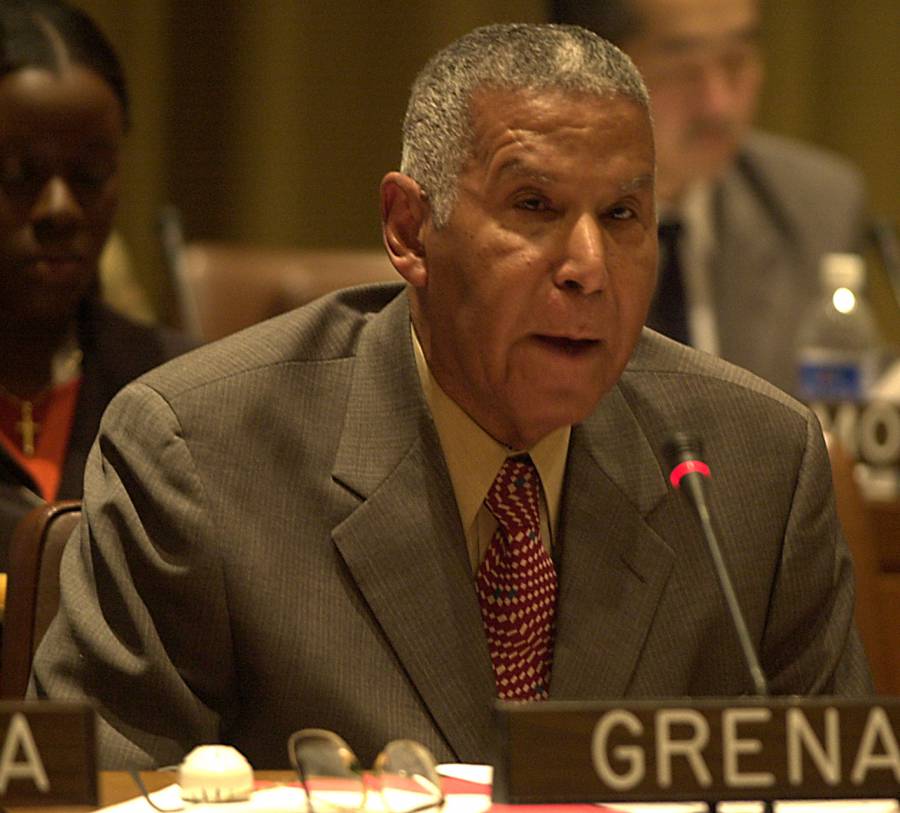 In February, he was granted the highest honour from Grenada when he was knighted, and on 25 April, the United States Congress commemorated the 95th birthday of Dr Lamuel Stanislaus, who in recent times has not been enjoying the best of health.

“His exemplary work done as the UN ambassador of Grenada furthermore cements his legacy, contributing to the well-being of not only his country, but the host of 11 other small Commonwealth countries; in particular the Caribbean Community (Caricom) in which I deeply express my gratitude,” she said in her remarks.

“Mr Speaker, it is with great honor that I ask we recognize Dr Lamuel A Stanislaus not only for his achievements he’s done for the global community, but most importantly being a family man, a father to his children, a loving husband and a true hero in our society,” Clarke said to the House.

Born in Petite Martinique, Grenada, Lamuel A Stanislaus, has been the recipient of numerous professional, civic and political awards which include the Insignia of Commander of the British Empire from her Majesty the Queen of England, (CBE), The Lifetime Achievement Award from the District Attorney of Brooklyn, and a Honorary Degree of Doctor of Humane Letters from St George’s University, to name the few.

On 7 February 2016, Dr Stanislaus was recognized under Grenada’s National Hero’s legislation and was named Knight Commander which provides for him to be referred to as Sir Lamuel–KCNG.