This story was posted 5 years ago
in Travel/Tourism
2 min. read 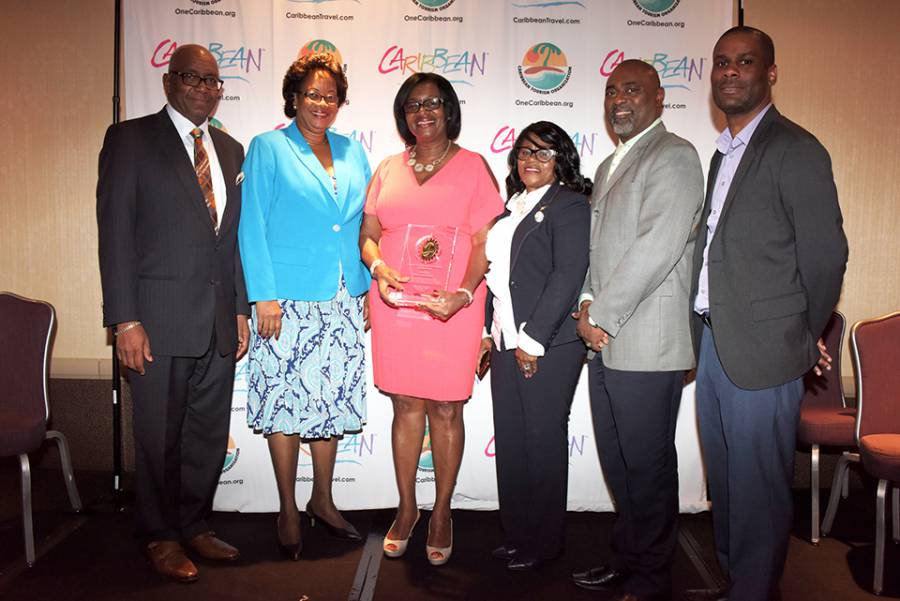 The Grenada Tourism Authority’s Director of Sales for the United States of America, Mrs Christine Noel–Horsford received the Caribbean Tourism Organisation’s Allied Award on Thursday, 2 June 2016, at the Allied Awards Luncheon, Marriott Marquis Hotel, New York. This prestigious award is presented to an individual whom in a tangible way has contributed to the sustainable development of tourism in the region. The awardee is selected from amongst CTO members which includes Governments, Carriers (Airlines and Cruise Lines), Allied Members (Hotels, Tour Operator, Marketing Company, Newspaper, Magazine, Television), Affiliate Members and CTO staff.

In observing the significant contribution which has been made by Mrs Horsford to the development of the tourism industry in Grenada and the wider Caribbean, Minister of Tourism and Civil Aviation, the Hon. Yolande Bain-Horsford MP is quoted as saying “We are quite pleased and happy that our daughter of the soil has been awarded for her years of service within the tourism industry. Christine has been an invaluable asset in the development of Grenada’s tourism industry. Her commitment, dedication and love for tourism has successfully contributed in promoting Pure Grenada, the Spice of the Caribbean. Our Government values her work ethic, tenacity and love for country.

In commenting on receiving this award an overjoyed Christine stated “I am so honoured, first for Grenada and then for the hard work I always strive to give.”

Christine has a passion for tourism and its development in Grenada, representing her country at numerous trade shows and business negotiations in the USA, Canada, the United Kingdom, and the Caribbean over the past 20 years.

In congratulating Christine, the Chairman, Mr Rodney George commented that “From what I have observed Christine’s passion and commitment to Grenada and tourism has been a fundamental part in her success story. She has earned the respect of her colleagues, travel professionals, government officials and travel trade partners. This is a well deserved award”

This award which Christine has received adds to numerous other awards which includes “The Most Powerful Woman in Travel” from Travel Agent Magazine on two occasions along with several others including from Caribbean American Connection, the Caribbean–American Chamber of Commerce & Industry, and the Government of Grenada.

How Practical is the Possessory Titles Bill of 2016?